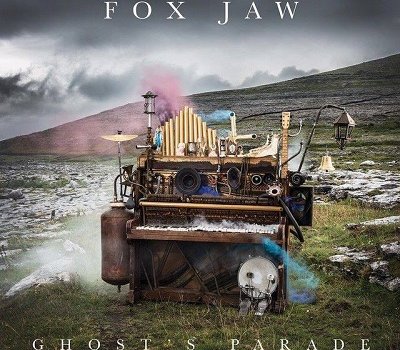 Fox Jaw are an Irish rock group with have a modern feel but an old soul producing a trend shaking, majestic deep growl, which swaggers from the terrific to the sublime. Melodic and honest in their approach their songs can be dark. “A seductively gloomy sound in a league of its own … will both mystify and satisfy” (State.ie) “One of Ireland’s most inventive and engaging rock bands” (Hotpress). ‘Ghost’s Parade’, was recorded with producer Dave ‘Skippy’ Christophers (Josh Ritter, Whipping Boy, Mundy) & engineer Owen Lewis (Flogging Molly, Snow Patrol, REM), and mastered at Wav Mastering by Richard Dowling (David Bowie, Foo Fighters, Interpol). Listen back here to hear them on Radio Nova’s Locals Only.