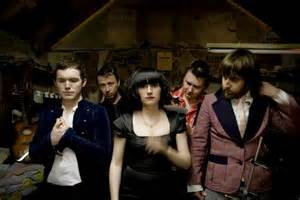 Ham Sandwich are an Irish indie rock band from county Meath. The band released their new single ‘Illuminate’ in Ireland on April 4, 2014 which can be heard on this podcast. The band consists of Niamh Farrell on vocals, Podge McNamee on vocals and guitar, Darcy on guitar and piano David McEnroe and John Moore on bass guitar and Ollie Murphy on Drums.