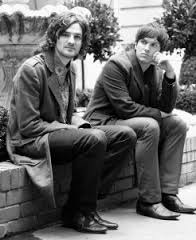 Darren and Greg aka; Morrissey and Marshall have been compared to Simon and Garfunkel for their folk/pop style music. Their albums ‘And so it began’ took 5 months to create with producer John Reynolds (Sinead O’Connor’s drummer and producer). The lads are signed to record label and are based in London.