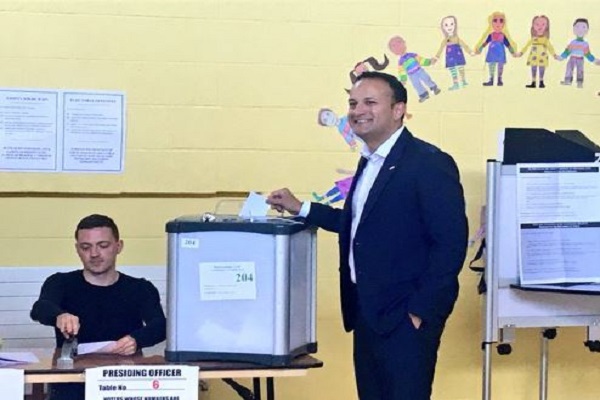 Polling stations across the country have reported higher early voter turnout than normal in the abortion referendum.

Polling offices are dealing with a voter lunchtime rush right now. Areas already reported a 20 per cent turnout in parts of the country. In Dublin many centres have said they’re busier than they were during the marriage referendum.

The Taoiseach’s polling station in Castleknock had hit 14 per cent turnout just after 10am. Some stations in Limerick City are reporting 25 per cent turnout already, with queues outside some polling centres  since 7am this morning.

Galway was brisker than usual in the morning, which Cork overall had a quiet start but numbers have picked up. In Waterford City turnout is also high. In more rural counties Tipperary has seen a high of 20 per cent turnout in Carrick on Suir and a low of 10 per cent in Roscrea. Roscommon and Leitrim are reporting high turnouts ahead of lunchtime.

Edgesworthstown in Co Longford saw a groom and his groomsmen arrive to vote early this morning before the wedding.Many areas are reporting voting levels higher than the marriage referendum, saying they think the good weather is helping.

Proposal To Relax Laws Around Noise Reduction At Dublin Airport