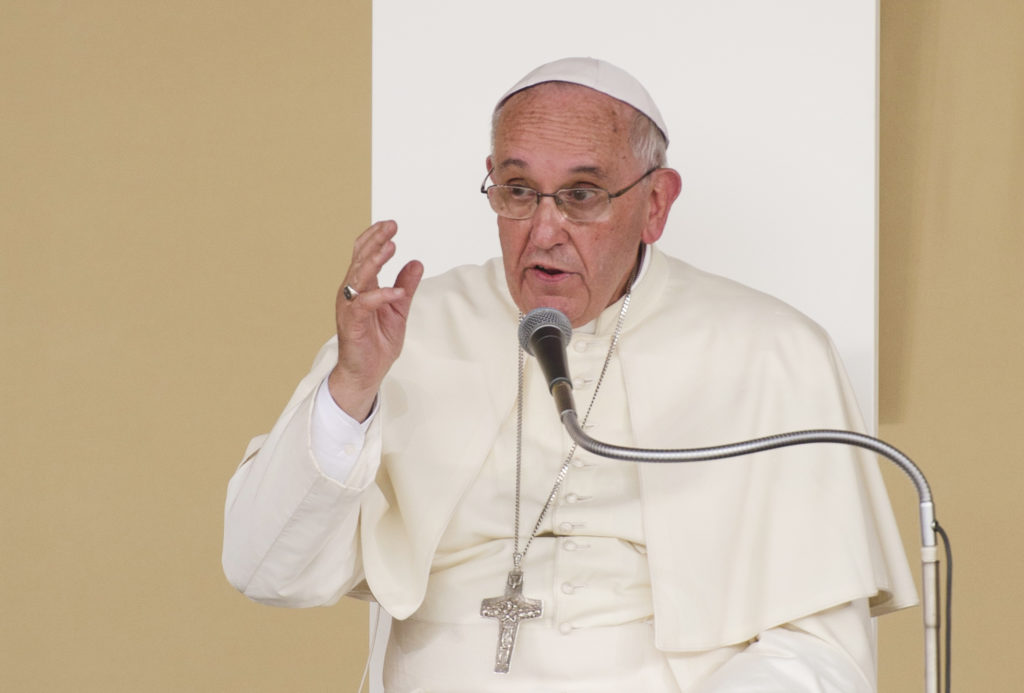 The Pope is to study a report into the Tuam mother and baby home given to him on his Irish visit.

The two day trip was dominated by the issue of clerical sex abuse – with the Pontiff calling on the Irish people to forgive those in the church who covered it up.

Childrens Minister Katherine Zappone was one of the first to meet Pope Francis when he arrived in Ireland on Saturday – highlighting the controversy of the mother and baby home in Tuam.

The Pope told reporters on the papal flight to Rome last night that Ms Zappone told him about the discovery of mass graves of children – and that the church has something to do with it.

He confirmed he has been sent a memo on the issue – but had yet to study it.

Yesterday the Pontiff acknowledged that senior members of the church kept quiet about child sexual abuse – calling on those at the mass in the Phoenix Park to forgive them.

During his 36 hour trip the 81-year-old also meet with survivors of abuse, visited the Capuchin day centre for the homeless along with a brief visit to Knock Shrine where 45,000 people came out to see him.

Meanwhile, A former Vatican official’s calling on the Pope to quit, claiming he knew about allegations of sex abuse against a cardinal in the US for years.

This women attended the Stand 4 Truth event in Dublin yesterday, in solidarity with clerical abuse survivors. She has this message for Pope Francis:

“I’m a victim of sexual abuse as a child from when I was 8 til I was 12 by a priest – I just want to say to the pope, ‘Please just get rid of these people from the church – don’t pretend and don’t hide them away – sack them like my normal neighbour would be sacked.”

Public Transport Delays Around Dublin Due to Heavy Snowfall