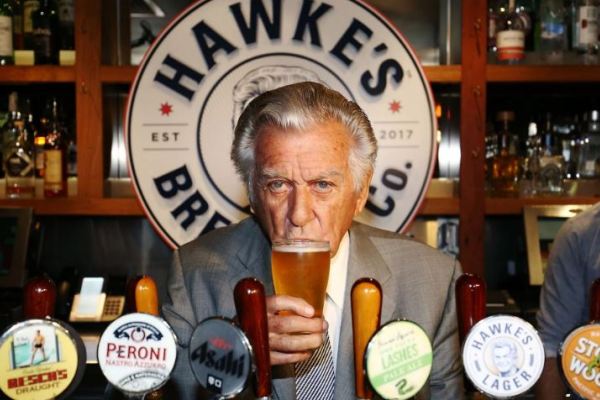 Former Australian prime minister Bob Hawke, who once held the record as the world’s fastest beer drinker has died at the age of 89.

The charismatic politician, renowned for his love of beer and cricket, served as PM from 1983 to 1991 and is credited with modernising the Aussie economy.

Bob Hawke was known as a maverick and will be remembered as a “larrikin”* leader – the prime minister who loved a drink and joke, and made serious work look like fun.

*Larrikin is an Australian English term meaning “a mischievous young person, an uncultivated, rowdy but good hearted person”, or “a person who acts with apparent disregard for social or political conventions”.

Bob Hawke has died.
A great man who made this country confident.
A great man who never lost his humility.
Guinness book of records 1954 , 2.5 pints of beer in 11 seconds.
Rhodes Scholar.
Trade Union Leader.
Prime Minister.
Statesman.
Thanks for everything
Mr Hawke.

Farewell Bob Hawke a great Australian, Labor leader and reforming Prime Minister. Australia is a better place because of him. Lucy and I send our love and condolences to Blanche and all of his family.

Bob Hawke is a giant of Australian politics. He and Paul Keating internationalised the Australian economy. He established APEC and radically deepened Australia’s engagement with Asia. He established Medicare. Together with Therese and the entire nation, I mourn his passing.

NCT Drivers Can’t Get Cert Due to Safety Issues With Test...

Budget Childcare Cost Cuts Worth Up To €2,000 For Some Families