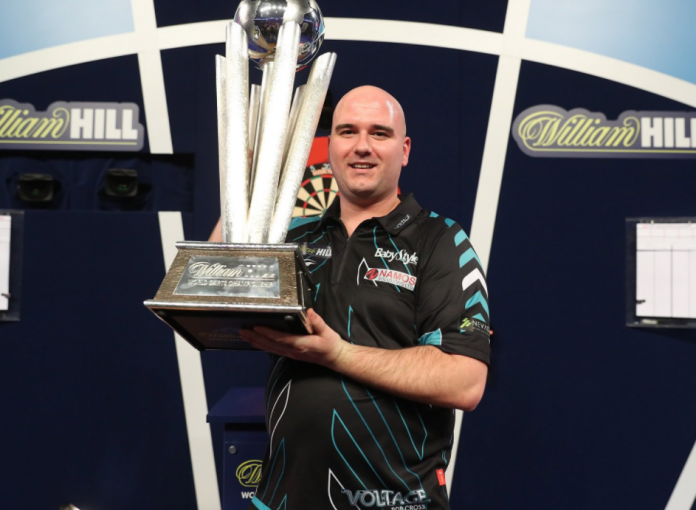 27-year-old Cross brought his A-game to Alexandra Palace on New Years Day, displaying nerves of steel in his approach.

It was the first year of his professional darts career, nonetheless, Cross beat Taylor seven sets to two taking home the title and a cool £400K for his exploits.

Cross had overtaken world champion Michael van Gerwen in the semi-final on Saturday night, but he was still the outsider coming up against Taylor, who is regarded as the greatest darts player of all time and ironically, Cross’ favourite player.

The shock win sent the ‘Ally Pally’ into silence as it wasn’t the final expected from Taylor’s loyal fanbase, but regardless of Taylor’s psych moves he wasn’t to take that 17th world title as former electrician, Cross, displayed his greatness.

WHAT. A. WORLDS. It's been a sensational tournament, full of shocks, big finishes & great stories. We have a worthy (and new) champion and a departing legend – thanks @OfficialPDC it's been emotional #LoveTheDarts pic.twitter.com/tOe8d52EbB