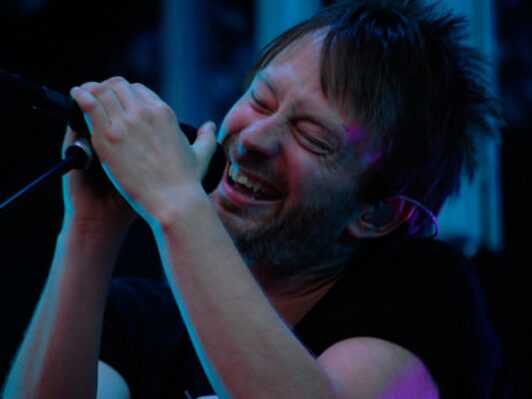 Despite a widespread music industry boycott of the country, Radiohead are due to play a show in Israel’s Park Hayarkon this summer, on July 19.

Fellow musicians have issued an open letter asking the band to “think again” about their decision.

The open letter was issued by Artists for Palestine UK, a network of artists and activists standing for Palestinian cultural expression. It pleads,

“Please do what artists did in South Africa’s era of oppression: stay away, until apartheid is over.”

It implores Radiohead to see the comparison between the Israel boycott and the campaigns for freedom for Tibet, which the band showed support for in the past,

“Since Radiohead campaigns for freedom for the Tibetans, we’re wondering why you’d turn down a request to stand up for another people under foreign occupation. And since Radiohead fronted a gig for the 50th anniversary of the Universal Declaration of Human Rights, we’re wondering why you’d ignore a call to stand against the denial of those rights when it comes to the Palestinians.”

(You can read the full letter here.)

In a separate statement of his own, musician, Thurston Moore shares why he is showing his support. He himself has chosen not to perform in the country based on the boycott.

“If any concerned, humanitarian-conscious activists employ a boycott to protest brutal injustice in their country and request artists and scholars to refrain from working and/or being promoted as supportive of the normalization of that country – then I choose NOT to cross that line and suggest to all to not be complicit. It is a small sacrifice in respect to those who struggle in honourable opposition to state-sponsored fascism.”

Check Out The Mariah Manson Mash Up ‘All I Want for...