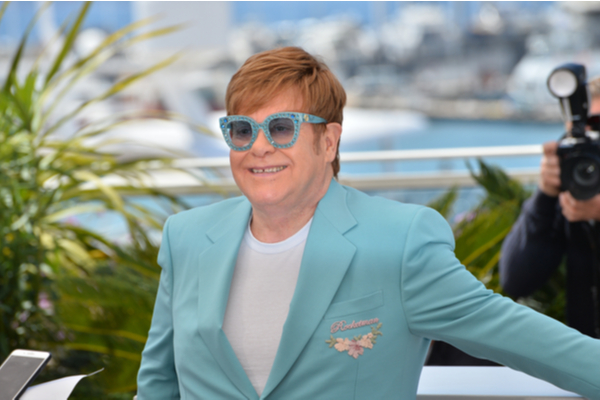 The singer was en route to New York to perform at Madison Square Garden on February 22 and 23. These dates are part of the music legend’s Farewell Yellow Brick Road Tour.

John had previously postponed shows from this tour back in January after he tested positive for Covid-19.

Elton was only an hour into his journey to New York when the problems began.

Due to gusts of wind of reportedly 80 miles per hour, landing was quite difficult. The plane had attempted to land at Farnborough Airport, located approximately an hour from London.

“The terrible weather and epic gusts made it almost impossible to land. Two attempts to touch down failed”, a witness told The Sun.

“The plane was being buffeted and couldn’t make it. The aircraft’s nose was far too vertical. The plane was descending and was halfway along the runway when it gave up trying to hit the tarmac. It soared back in the air”.

After early attempts to land the plan proved too dangerous, the pilot reapproached for additional attempts. Emergency crew which included fire and rescue support were readying on the ground.

It also emerged that a crowd began to gather when word began to spread that Elton John was on board the aircraft.

“A crowd had gathered after word went around that Elton was in difficulty. And as the plane came around again for a second attempt to land, the storm was doing its worst”, a source said. “The airport’s windsock was horizontal and the aircraft was being rocked from side to side by the wind”.

“For Elton Quite Literally, The Show Must Go On”

After another aborted landing, the plane eventually managed to succesfully land.

You would imagine that this might deter Elton from flying. However, you would be wrong as Elton John subsequently boarded another flight as “the show must go on”.

“It was a white-knuckle ride and Elton was shaken. But he put aside any personal anguish to get back on a plane”, the source also stated. “For Elton, quite literally, the show must go on”.