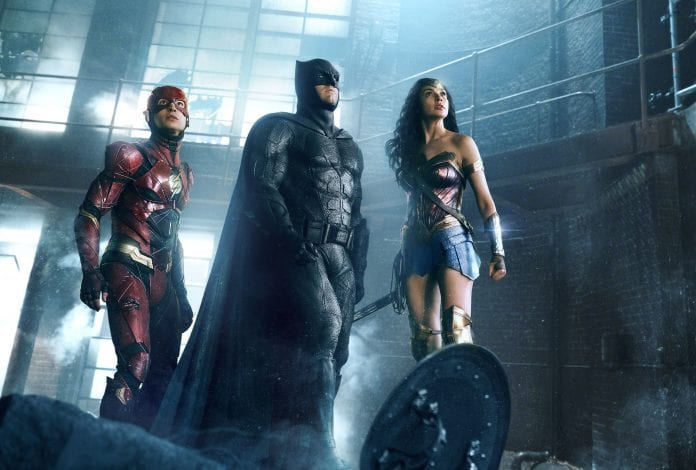 DC’s Iconic Heroes assemble for the first time on the big screen in the Superhero event of the year: JUSTICE LEAGUE.

Batman, Wonder Woman, The Flash, Aquaman and Cyborg unite on November 17th and you could be in with a chance to see them before anyone else on the spectacular IMAX screen at Dublin’s Cineworld. Nova has teamed up with Warner Bros. Pictures and DC to give you the chance to win tickets to a Special Fan Preview on November 15th. To be in with a chance of winning tickets and some cool JUSTICE LEAGUE merchandise just listen to Marty & Conor in Morning Glory all this week (November 6-10)

Fueled by his restored faith in humanity and inspired by Superman’s selfless act, Bruce Wayne enlists the help of his newfound ally, Diana Prince, to face an even greater enemy.  Together, Batman and Wonder Woman work quickly to find and recruit a team of metahumans to stand against this newly awakened threat.  But despite the formation of this unprecedented league of heroes—Batman, Wonder Woman, Aquaman, The Flash and Cyborg—it may already be too late to save the planet from an assault of catastrophic proportions.

JUSTICE LEAGUE will be released in 3D and 2D in select theaters and IMAX worldwide on November 17, 2017, by Warner Bros. Pictures, a Warner Bros. Entertainment Company.