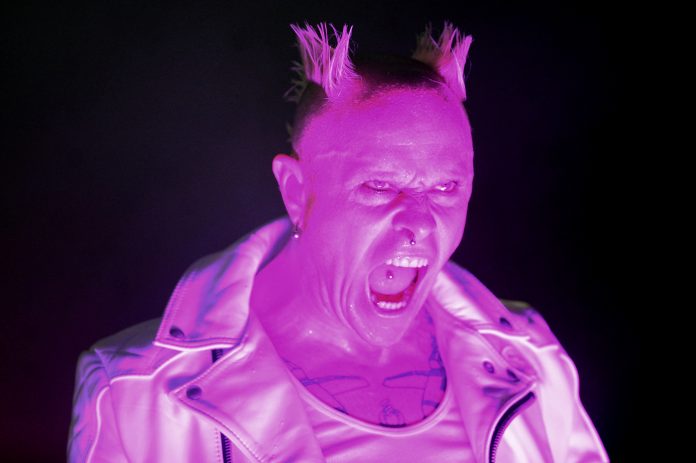 Prodigy star Keith Flint has been found dead at his home, aged 49.

The iconic singer, from Dunmow, Essex, was discovered at around 8am this morning after police and paramedics were called to the property.

Officers remain outside the rural cottage this morning but his death is not being treated as suspicious.

The iconic 90s musician was performing just last month in New Zealand on a world tour set to run until May.

Tributes poured in for the frontman, with broadcaster Jo Whiley tweeting: “Oh this is sad news. The death of Keith Flint.

Ed Simons of The Chemical Brothers tweeted: “Oh gosh, so sad to hear about Keith Flint, he was always great fun to be around and very kind to Tom and I when we first started doing shows together.. great man.”

An Essex Police spokesman told The Sun Online: “We were called to concerns for the welfare of a man at just after 8.10am on Monday.

“We attended and, sadly, a 49-year-old man was pronounced dead at the scene. His next of kin have been informed.

“The death is not being treated as suspicious and a file will be prepared for the coroner.”

An East of England Ambulance spokeswoman said: “We were called at 8.08am with reports of a man who was unconscious in Dunmow.

“We sent an ambulance officer, Essex and Herts Air Ambulance and one ambulance. Sadly a man in his forties died at the scene.”

The Prodigy emerged from the underground rave scene of the early 1990s to become one of the UK’s biggest bands.

They reached Number 1 in the UK singles charts with Firestarter and Breathe in 1996 and notched up six Number 1 albums.