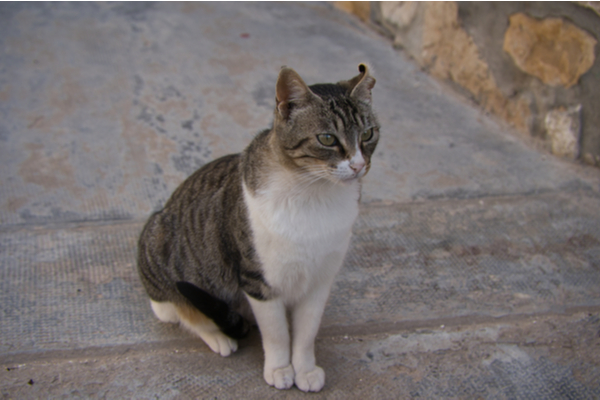 The public have been warned to be on their guard about scammers in South Dublin, who are charging a fee to remove stray cats from gardens and housing estates.

This scam involves groups offering to catch stray cats and take them into animal pounds to be cared for and neutered. Instead of that however, they are leaving them in abandoned areas.

The homeowner is charged a fee for these cats to be taken from housing estates and gardens.

Some cats have even been found with collars around their necks, which suggests that not all of them are strays.

A number of these incidents have also been brought to the attention of the DSPCA.

Their spokesperson Gillian Bird also urged the public for any information on this scam to come forward. She also appealed to anybody who has come into contact with any of these scammers to share any information they may have.

“There does seem to be individuals going around taking advantage of people who want to get rid of cats from their housing estates and their back gardens”, she said.

“We have had reports of individuals in South Dublin actually abandoning cats out of the back of their van”.

She continued, “We suspect they have actually been charging people a service to do this and people are unaware of what is happening to the animals at the end”.

“They are just paying someone to remove them and these animals are then being dumped”.

The DSPCA allows people to share information or any cases of animal cruelty anonymously through a forum via its website.

Gillian Bird also said that so far, they have received “very, very sketchy information”, adding that they would like to find out “if anybody has dealt with companies offering to come and remove cats”.

“We are also looking for information on anybody who might have seen any suspicious activity where people might have been seen dumping cats out of the back of vans – we know it goes on from time to time especially up in the hills and deserted areas”.

“Pay attention to the animal”

“We know that people do this sometimes when they don’t want cats near the house but they have to understand that it is an illegal thing to do and it is also incredibly cruel because cats do rely on some sort of food source – be that from bins or from people feeding them”, she said.

“You do get cats getting lost from time to time so our basic advice is, just pay attention to the animal”.

“If the animal appears to be sick or injured, by all means, ring the DSPCA and we will arrange to try and catch the cat”.