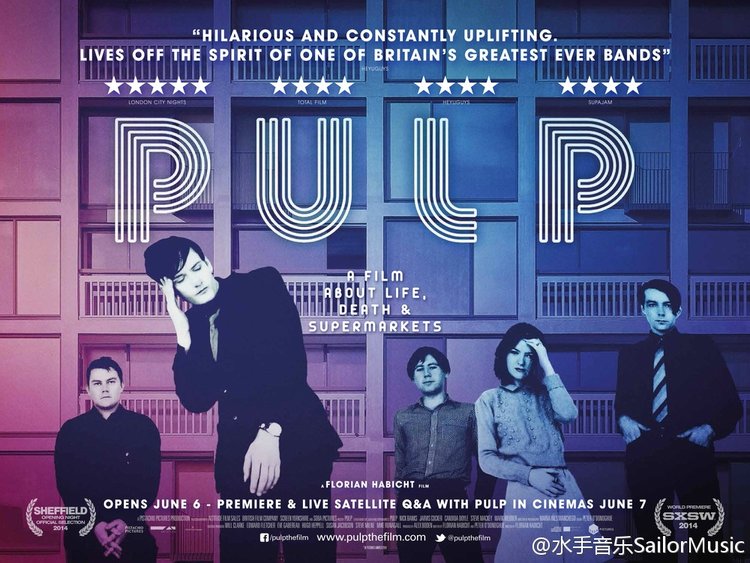 Pulp have a new documentary, Pulp: A Film About Life, Death & Supermarkets, is based on the band’s final homecoming show in Sheffield.

The band give their thoughts on an array of subjects, from their feelings on fame, love, and car maintenance.

The film also talks to fans about the impact of the britpop band. Jarvis Cocker muses on his problems with ageing, his stage attire, and his job as a teenage fishmonger. The director, Florian Habicht, explained why he was interested in working with Pulp:

Florian Habicht only had six weeks to prep for the documentary, he began by shooting and talking to people on the street about the Sheffield band. The director was struck by why Pulp are so different from other acts from the area:

“A lot of great bands come from Sheffield – Def Leppard and Human League, but Pulp is the only band that really sing about Sheffield. People are incredibly proud of them. They’re kind of like folk heroes.”

The film premiered at SXSW festival in Austin, Texas. The 90 minute documentary will be available to buy on DVD July 14th.