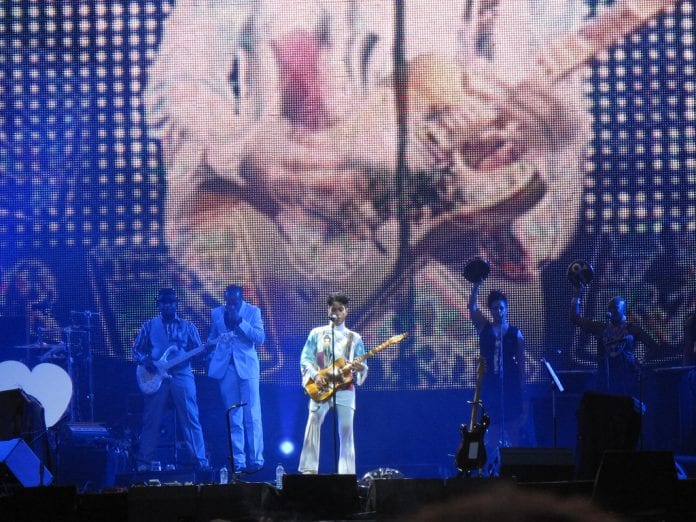 Purple Rain, purple rain… The colour purple has long been associated with iconic singer Prince, but his sister has just revealed that purple actually wasn’t the singer’s favourite colour!

Speaking to the Evening Standard ahead of the upcoming Prince exhibition in London, Tyka Nelson revealed that Prince’s favourite colour was in fact a much brighter colour, despite the legend’s whole career being painted with a particular purple hue.

“It is strange because people always associate the colour purple with Prince…” Nelson says in the interview, “but his favourite colour was actually orange.”

This news comes just after Pantone announced that they’re naming a shade of purple after the singer! So if you’re shocked, we assure you you’re not the only one! We’d imagine they’re less than pleased about the revelation..

Pantone is the universal colour guide used by designers and professionals all over the world. They specialize in categorizing, certifying and forecasting colour trends. They’ve named a specific hue of purple “Love Symbol #2” in honour of Prince, after his passing last year. Maybe he’ll get his own shade of orange too… but we’re not holding our breath!

The London exhibition will include jewellery, tour items, stage costumes and of course guitars. It opens on the 27th of October at the O2 in London and will run for 21 days.

Tivoli Theatre To Host Two Major Gigs In May!