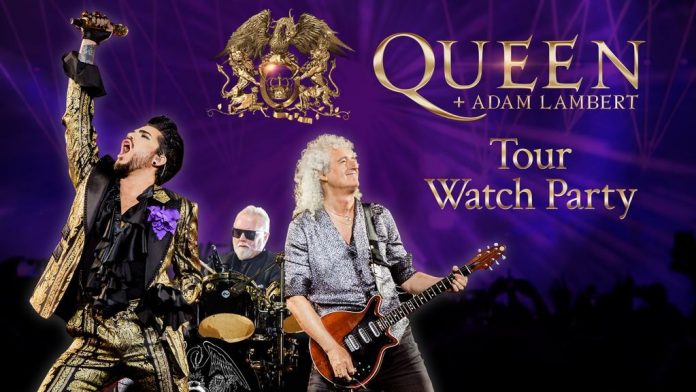 Forced by the coronavirus to postpone their “Rhapsody” summer tour, Queen + Adam Lambert will be bringing the show to YouTube.

The band has announced “a specially compiled show of never before seen highlights from previous tours” to air this Sunday, June 21 from 8pm

The stream comes on the day the band would have marked their final O2 London concert and will remain live on the QUEEN channel for 24 hours.

This never-before-seen hour-long show will feature standout live band performances of many of the best known and loved songs from the QUEEN catalog — plus rarities such as “Love Kills” and “I Was Born To Love You” — performed together at the Rock In Rio festivals in Lisbon and Rio de Janeiro; the Global Citizen Festival in New York; Fire Fight Australia; Japan’s Summer Sonic festival; the U.K.’s iconic Isle Of Wight festival; an exclusive iHeartRadio performance in Los Angeles, … and not to forget from Dallas, Texas, the much-sought-out “Fat Bottomed Girls” performed with the Dallas Cowboys cheerleaders.

Also Queen related, now showing on Netflix is The Show Must Go On: The Queen + Adam Lambert Story. The two-hour documentary follows Brian May and Roger Taylor plus singer Adam Lambert during their collaboration of the last decade. Lots of great footage, talking heads and interviews.