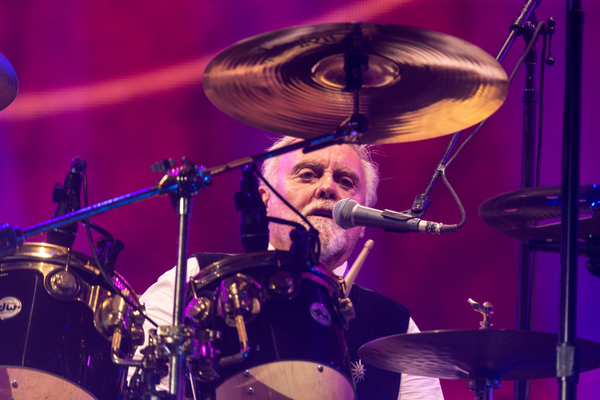 Queen drummer, Roger Taylor is set to have a 20-foot-high statue of Freddie Mercury installed in his back garden. The We Will Rock You skinner is having a major makeover of his back garden and plans to give the statue a more permanent home.

In 2012, the band’s former frontman was cast in bronze and placed outside London’s Dominican Theatre, where it stood for 12 years. The bronze statue was originally created to promote the musical We Will Rock You, which promoted a host tracks from Queen’s back catalogue. With the show coming to an end in 2014, the statue has stood in a warehouse, “costing money”.

Now reportedly planning an extensive renovation of his garden in Surrey, the Queen drummer is planning to make the statue its centrepiece. In an exclusive interview with The Sun, Taylor reveals he is currently seeking planning permission for the work to take place.

The Queen drummer’s 18th century house is in a conservation area and would need planning permission to renovate his property. Taylor previously installed the statue in his garden and faced a subsequent dispute with planners but has since been granted permission. Guildford Borough Council is set to decide on the plans next month, with no objections from his neighbours, so far.

“It was in a warehouse, costing money, so I said, ‘why don’t they just put it on a lorry and bring it here, and we’ll put it in the garden?’ I also thought it would be very funny to have the statue there and I think Freddie would have found it hilarious”, joked the Queen drummer.

The extensive renovation would also see the installation of a jacuzzi, bar and pool house. The pool house would enclose Taylor’s existing outdoor swimming pool and also include a gym and changing rooms.

Brian May has fuelled rumours of a new Queen album by revealing the band have been working on new music in the studio. Although Adam Lambert has come in and shone on tours with the band, Queen have not released any new material in that time. Read more.