Home Classic Albums Queen – A Night At The Opera 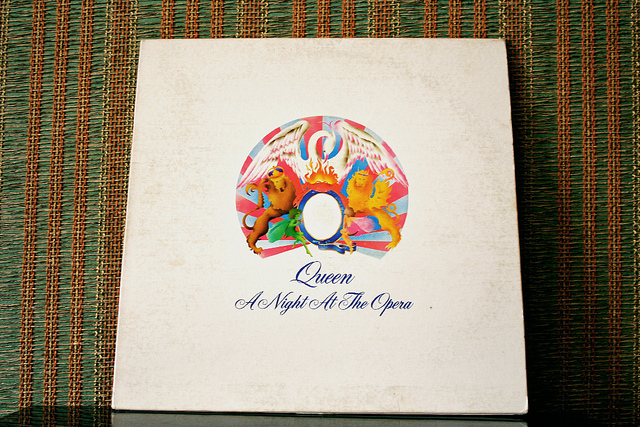 A Night at the Opera is the fourth studio album by the British rock band Queen which was released in November 1975. It was the most expensive album ever recorded at the time of its release.

The record has been voted by the public and cited by music publications as one of Queen’s finest works to this day. Produced by Roy Thomas Baker and Queen, the album got its name from the Marx Brothers film A Night at the Opera, which the band watched one night at the studio complex when recording.

A Night at the Opera was originally released by EMI in the UK, where it topped the Albums Chart there for four non-consecutive weeks, and Elektra Records in the United States, where it hit No. 4 on the Billboard 200 and became Queen’s first platinum selling album in the US.

“Bohemian Rhapsody” which is still an iconic Queen classic was written by Mercury with the first guitar solo composed by May. All piano, bass and drum parts, as well as the vocal arrangements, were all by Mercury also. In 1977 “Bohemian Rhapsody” received two Grammy Award nominations for Best Pop Vocal Performance by a Duo, Group or Chorus and Best Arrangement for Voices.

This humorous and detailed masterpiece saw Queen break down all the barricades of hard rock.