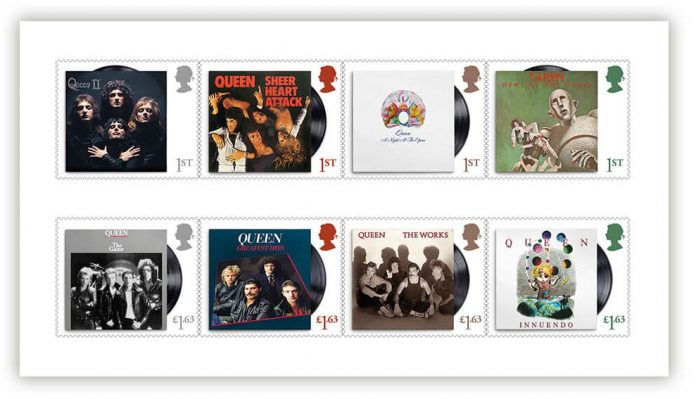 Queen will be UK postage stamps in honour of their 50th anniversary, thanks to the Royal Mail. They will be the third rock band to do so, joining the Beatles in 2007 and Pink Floyd in 2016.

Released as a set of 13, featuring eight album covers, four live group shots and a classic group photo. The entire collection will be available from July 9th

Brian May says “Since we four precocious boys started out on our quest 50 years ago, our lives have been devoted to making our impossible dream come true. Sometimes it’s strange to wake up and realise the position in which we are now held – we have become a national institution! Nothing brings this home more than this incredible tribute from Royal Mail”

May continued, “It’s particularly poignant to look at this collection of images now – now that we are all in a world dominated by a coronavirus, in which none of this could have happened. I just know that I feel an overwhelming desire to own one of these sets! Somehow it will be a way of persuading myself that it really DID all happen!”

“With their truly original, theatrical sound and effortless ability to mix musical styles, Queen are rock royalty”, declared Philip Parker of the Royal Mail. “We pay tribute to one of the most loved bands of all time with these stunning stamps.”