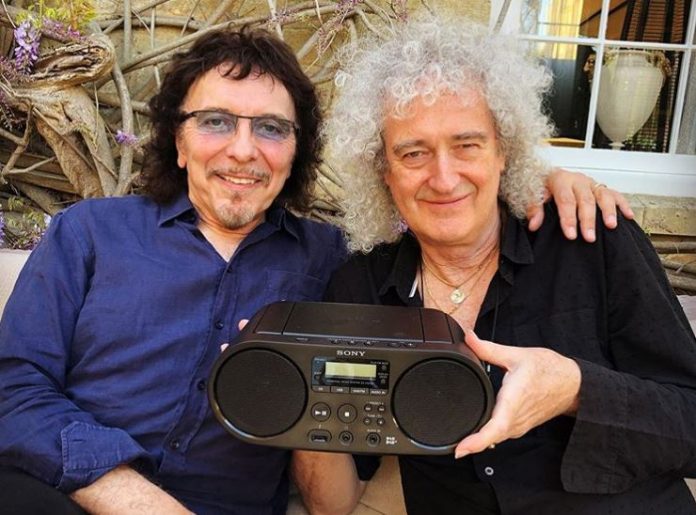 Black Sabbath’s Tony Iommi has shared a photo with Queen guitarist Brian May and announced that he’s found about 500 riffs!

In the snap we see the two music icons sitting with May clutching a music player. Iommi said with the photo: “Hard at work! In search of riffs – and finding about 500!”

Iommi is presently working on a remix of the 1995 Black Sabbath record “Forbidden.”  The guitarist revealed via Antimusic why he’s remixing the album:

“Mike Exeter and myself are remixing the Forbidden record at the moment. I know Cozy (Powell) was never happy with his drum sound. None of us were really happy with the sound of that album. So hopefully now it will be sounding better.”

On This Day In Music: Bruce Springsteen Was Feeling Pretty Nervous...