Home Music Queens of the Stone Age Rumoured for Glastonbury 2022 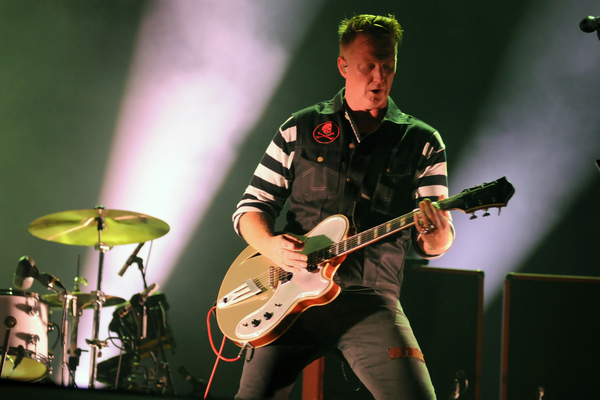 Rumours have been circulating that Queens of the Stone Age are headed for Glastonbury next year.

The UK’s most iconic music festival is set to resume in 2022 after the COVID pandemic saw both the 2020 and 2021 editions of the fest cancelled.

Speculation has already begun to mount regarding which acts might take the stage when Glasto makes its eagerly awaited return next summer.

Queens of the Stone Age are heavily tipped to headline Glastonbury’s Other Stage on the Friday night (June 24th) of the festival.

Festivals forum eFestivals claims the rumour is based on “strong info from a top source, also with backing from a second source.”

Queens of the Stone Age were meant to play this month’s Reading and Leeds festivals. The band were scheduled to play Leeds on Friday, August 27th and Reading on Sunday, August 29th. They cited “restrictions and logistics” as their reason for pulling out of the UK fests.

Billie Eilish is tipped to headline the Pyramid Stage on the same night the Queens of the Stone Age potentially take to the Other Stage.

Fans of the young singer-songwriter noted how her run of 2022 UK tour dates lead right up to the festival. On the Saturday and Sunday she is scheduled to play at London’s O2 Arena, leaving her free to play Glastonbury on the Friday.

A camper at Glastonbury’s Worthy Pastures campsite claimed that the festival’s supremo Michael Eavis “asked a group of us what we thought of Billie Eilish when he was doing his mingling.”

If the rumours come to fruition, Eilish would be the youngest ever performer to headline at the world famous festival. She will be a mere 20 years old at the time of the 2022 fest. The current record is held by David Bowie, who headlined aged 24 in 1971.

Elton John is another artist speculated to take part in the festival. Glastonbury comes in the middle of the singer’s final Farewell Yellow Brick Road tour, but tellingly he has no performances scheduled for the week of the festival. There’s a gap between his Bristol concert on June 22nd and his appearance in Swansea on June 29th, which would leave him free to take a slot at Glastonbury.