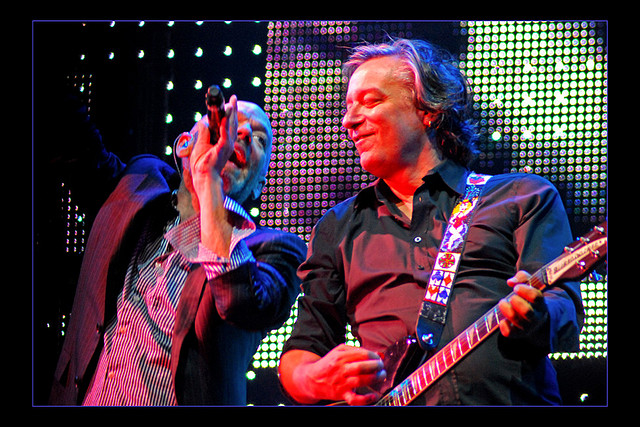 REM announce that they will be releasing a box set chronicling the band’s relationship with MTV.

R.E.M. and MTV have had an intertwined partnership over the years, the group put out their first single just weeks ahead of the launch of the music video channel. Since then, the pair have connected through music, videos and stories.

In a press release, band manager Bertis Downs said, “It occurred to us that there’s all this footage of some of the band’s absolute career highlights sitting in some MTV vaults in London and New York – and thanks to a lot of effort and digging and arranging, this is our chance to share that music with various generations of R.E.M. fans in a pretty unique release. And Alexander Young’s documentary is a fine way to tell the story of R.E.M. through its various twists and turns, as captured in real time by MTV’s cameras – it has some great funny bits too!”

The collection features both the group’s MTV Unplugged appearances, VH1’s Storytellers programme about the band and their induction into the Rock n Roll Hall of fame in 2007. One of the highlights of the collection is the feature documentary of R.E.M. Downs said, “Alexander Young’s documentary is a fine way to tell the story of REM through its various twists and turns, as captured in real time by MTV’s cameras – it has some great funny bits too!”

The REMTV box set is available from November 21st,

R.E.M. At The Tabernacle, London

House Of Ian Curtis To Become A Museum