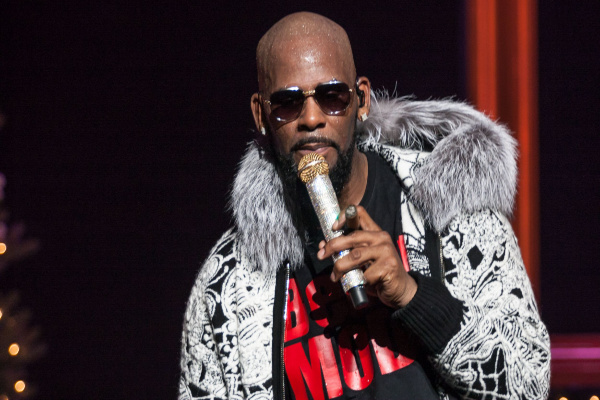 R Kelly is suing the Metropolitan Detention Center for placing him under suicide watch.

The disgraced singer was handed a 30 year prison sentence for sex trafficking and racketeering charges.

In court, prosecutors had claimed that R Kelly relied “on his fame, money and popularity as an R&B recording star… to both carry and conceal his crimes”.

“He continued his crimes and avoided punishment for them for almost 30 years and must now be held to account”, they also added.

“In light of the seriousness of the offences, the need for specific deterrence and the need to protect the public from further crimes of the defendant, the government respectfully submits that a sentence in excess of 25 years is warraned”.

R Kelly was found guilty of these crimes last year.

“punishment for being high-profile”

It has been reported that R Kelly was placed under suicide watch. However, his lawyer Jennifer Bonjean has rejected the idea that her client may be suicidal.

She also claimed that he was placed on suicide watch as “punishment for being high-profile”.

“To put someone under suicide watch under those conditions is cruel and unusual when they don’t need it”, R Kelly’s lawyer added. “The irony of putting someone on suicide watch when they’re not suicidal is it actually causes more harm”.

The legal team representing R Kelly whose real name is Robert Sylvester Kelly, have also applied for a temporary restraining order against this Brooklyn Facility, along with its warden Heriberto Tellez.

They have also alleged that the facility has a “policy of punishing high profile inmates by placing them under the harsh conditions of suicide watch even though they are not suicidal”.

Handing down R Kellly’s sentence, Judge Ann Donnelly had stated that  “the public has to be protected from behaviours like this”.

She also added, “These crimes were calculated and carefully planned and regularly executed for almost 25 years. You taught them that love is enslavement and violence”. Catch more on this story from Nova here.

It also emerged that R Kelly was trying to sell the publishing rights for his music. However nobody will buy them with a “10 foot pole” according to a lawyer. More on this here.

Ronnie Wood Feels “Reborn” In New Life As He Turns 75