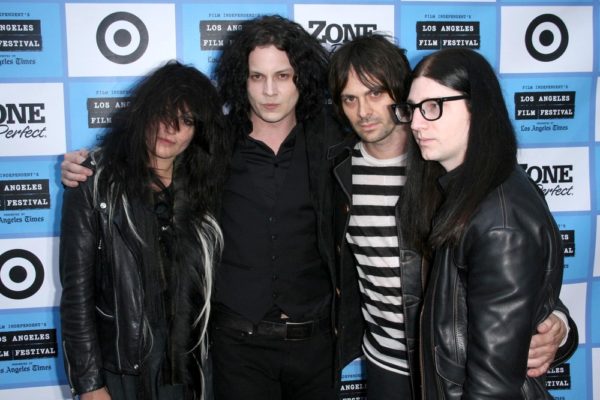 As if Mr Jack White didn’t have enough on his plate, with a massive tour for his new record ‘Boarding House Reach’ coming to a conclusion, it has just been announced that Jack White’s excellent alter-ego rock outfit, The Raconteurs, will release a new record in 2019 after a 10-year leave of absence.

The group also comprising of Brendan Benson, Jack Lawrence, and Patrick Keeler, have not put out a record since 2008’s Consolers of the Lonely.

According to Happy, there aren’t a lot of details regarding the new record, as in, a tracklist or official release date. However, there is going to be two new songs released on a new 10-year anniversary reissue of Consolers of the Lonely. You can see the package below.

That release is the latest instalment in Third Man Records’ quarterly ‘Vault subscription series.’
The special anniversary release will be pressed on copper foil metallic vinyl, honouring the first time the record has been made available on coloured vinyl. The two new songs will come on an accompanying 7-inch, pressed on mixed metal vinyl.

The Raconteurs released their first album, Broken Boy Soldiers, in 2006. They have been fairly quiet since playing a string on shows in 2011.