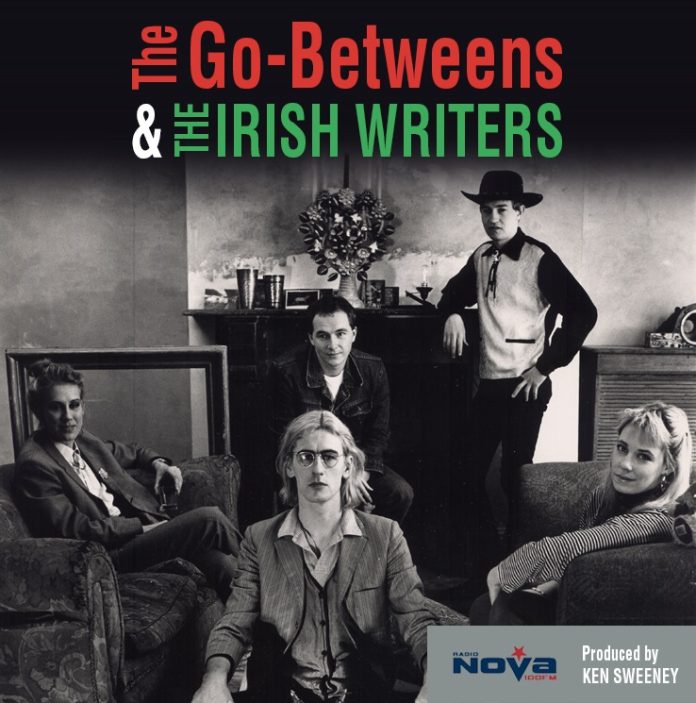 The three most influential bands of the 1980’s were The Smiths, REM and The Go-Betweens.

While the Australian group never enjoyed anything like the same success as their rivals, founding members Robert Forster and bandmate, the late Grant McLennan have been hailed as ‘the Lennon & McCartney of indie.’

Their music inspiring bands from Franz Ferdinand to Teenage Fanclub and a favourite of music journalists.

But what has never been discussed before- is how Irish writers like James Joyce – whose work Grant and Robert studied in Queensland University – inspired The Go-Betweens to write about their own country, Australia in classic songs like Cattle and Cane.

Prior to this Australian bands used Americanisms and American place names in their lyrics, the Bee Gees sang about “Massachusetts”.

Life long Go-Betweens fan and documentary maker Ken Sweeney, (RTE radio docs ‘REM Out Of Athens’ and ‘In Search Of The Blue Nile’) asked Robert Forster to join him at Beacon Studios in Dublin to tell their story and play some of the Go-Betweens classic songs on acoustic guitar.

The 50 minute special also features, an unreleased interview Ken did with Grant McLennan in August 2000, prior to his death in May 2006 with other former members of The Go-Betweens contributing, including John Willsteed, who picks up his guitar to recreate their best known song ‘Streets of Your Town’.

The programme opens with Ken joining Robert on the streets of London as they retrace the steps himself and Grant took, when they arrived off the boat in London forty years ago, hoping to crack the music industry in what is a wonderful and inspiring, bittersweet story of artistic success and enduring influence in the face of bad luck and commercial failure.

Ken said: “It’s very moving, listening back to Grant talking about the group’s lack of commercial success but his belief The Go-Betweens’ songs would stand the test of time and be celebrated in future years”.

Recent years have seen ‘Right Here’, an acclaimed cinema documentary about the band by director Kriv Stenders, screened around the world. While The Go-Betweens’ music has been re-released in two extensive box sets by Domino Records, to a rapturous reception by the music press.

The Go-Betweens & The Irish Writers airs on Radio NOVA at 9pm on New Year’s Day.

Ken Sweeney is a former musician who recorded two albums under the band name Brian, for the London based Irish label Setanta Records in the nineties. His music docs include, PPI Gold winning ‘Michael Jackson’s Irish Driver’, ‘In Search of The Blue Nile’ and ‘REM Out Of Athens’ which won silver at the New York Radio Festivals. His first radio drama, Wogan’s Sweet Sixteen’ was runner up in the PJ O’Connor Awards 2020, and won two silver awards at the New York Radio Festivals.

WATCH: Flaming Lips Perform ‘God And The Policeman’ Inside Their Space...