Home Music Radiohead, Green Day, U2 And Others Auctioning Off Guitars For Charity 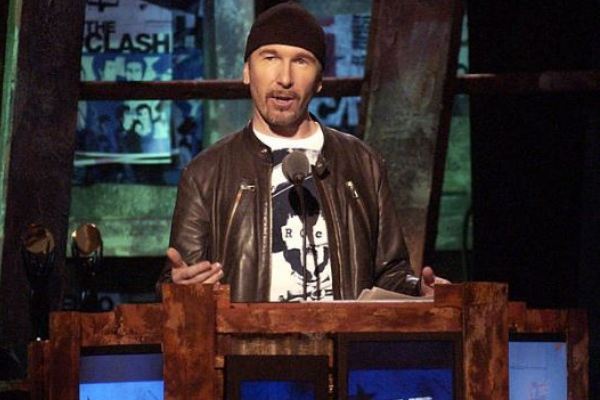 The likes of Radiohead, Green Day, U2, Paul McCartney, Noel Gallagher, Dave Grohl and other acts are auctioning off their guitars as part of a charity initiative.

This intiative was also put together by U2 guitarist The Edge and producer Bob Ezrin.

The auction will take place on 11 December. More on this here.

It was reported by Rolling Stone that some of the noteworthy items also come from U2’s private collection. This includes the 2005 Limited Edition Gibson Les Paul Music Rising guitar that Edge played during one of the Joshua Tree tours of 2017 and 2019.

.@RealMusicRising, co-founded by The Edge and Bob Ezrin are excited to finally announce the #GuitarIcons Auction: A Musical Instrument Auction which will take place this December 11th! The Edge will be auctioning his Gibson & Stratocaster. pic.twitter.com/OVTGwKXbRR

On top of this, Edge is also auctioning off this Custom Signature Fender Stratocaster that he used for “I Still Haven’t Found What I’m Looking For” and “Bad”.

Bono is also selling his Custom Gibson ES-175 Electric Guitar that he used during the 1992-92 Zoo TV tour for the “Angel Of Harlem” and “The Fly”.

Elton John is also auctioning off his Yamaha Motif-8 Keyboard that he used on the tour for almost ten years.

Noel Gallagher’s Telecaster Guitar that he used on tour with High Flying Birds is also up for grabs. Beatles legend Paul McCartney is also selling his Yamaha BB-1200 Electric Bass Guitar that he played on Wings Tour. This tour took place in the late 1970s.

On top of this Edge also released this statement.

“Unfortunately there are many musicians and crew members who continue to struggle since the pandemic. If this multigenerational chain is broken, we lose more than just a few concerts we lose an entire culture that stretches back centuries”.

He also added, “Some of the world’s greatest musicians and friends of Music Rising have generously donated their personal instruments to raise money for Music Rising. We hope you have a chance to bid on one or more of the beautiful instruments in the auction. The monies raised goes to musicians and crew. Your support continues to be invaluable to Music Rising”.

Speaking of charities, Dublin Airport Police have confirmed that they will release a charity single. They plan to raise funds for The Mater Foundation, St Francis Hospice, and Feed Our Homeless. More on that here.

JON BON JOVI ON THE LATEST ALBUM AND THE FUTURE OF...