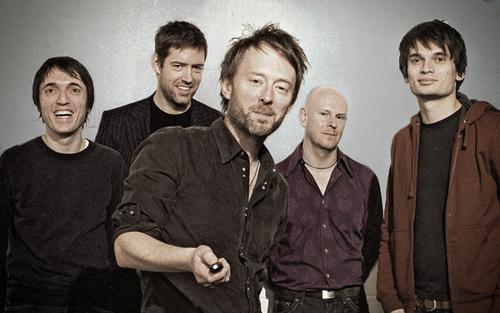 To put that into context, that’s enough music to make the 2017 reissue celebrating 20 years of the band called OKNOTOK 1997-2017 seem absolutely minuscule in comparison.

According to Stereogum, this raised an ethical issue. As tempting as it would be for die-hard fans, should they listen to all this Radiohead music if the band didn’t want you to?

Thankfully the band have defused this quandary. The Oxford art rock band have gone ahead and released all 18 hours of that music for a very low price! What’s more, all proceeds will go to charity.

The band’s guitarist, Jonny Greenwood took to Twitter to explain that some ne’er-do-well had stolen frontman Thom Yorke’s archive of minidiscs.

Not only that but they attempted to use those discs to blackmail the band, threatening to post the entire archive online. That’s if the band didn’t cough up a whole ton of money.

To solve the ransom demands the band they’ve shared the whole thing on Bandcamp, where it will remain for just 18 days or at least until the band decides to remove it.

They’re charging roughly 18 euro and all the proceeds to the environmental movement Extinction Rebellion.