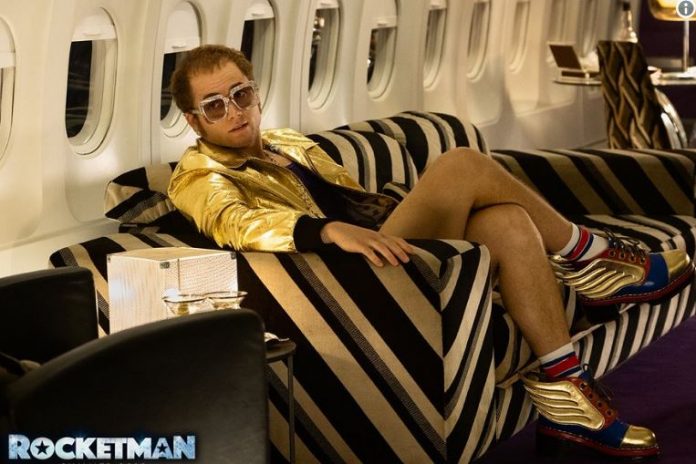 Dexter Fletcher the director of ‘Rocketman’ and ‘Bohemian Rhapsody’ had thought about staging a scene where Rami Malek’s Freddie Mercury would have made an appearance in Rocketman.

Fletcher who recently directed ‘Rocketman’ the biopic of Elton John’s life, had previously replaced Bryan Singer as director of Bohemian Rhapsody after he was fired from the film in 2017.

According to the NME, Fletcher spoke to Gay Star Magazine about his idea to interlink the two movies by creating a crossover between the characters.

“There was an idea I had at one point, where Elton’s in a restaurant with his mother, I thought John Reid [John and Mercury’s manager] and Freddie could be at another table and they wave at each other!”

However appealing the idea was, Fletcher decided not to go ahead and film the scene of the brief encounter, as he said himself “ I’m not looking to set out to make a cinematic universe!”

He kept to his word and the character John Reid was played by Aidan Gillen in ‘Bohemian Rhapsody’ and Richard Madden in ‘Rocketman’ to keep it totally distinct and separate.

Meanwhile, Elton John and Rocketman star Taron Egerton made a surprise appearance at John’s ‘Farewell Yellow Brick Road’ date in Hove, Sussex where they both sang ‘Your Song’ together.

Elton John ‘s response to the movie ‘Rocketman’ has generally been positive, however, he did say recently that it was “difficult” to watch as the film delves into the darker parts of his past. “I thought, ‘God, I don’t want to go back there’,” he said. Hopefully, he never does!