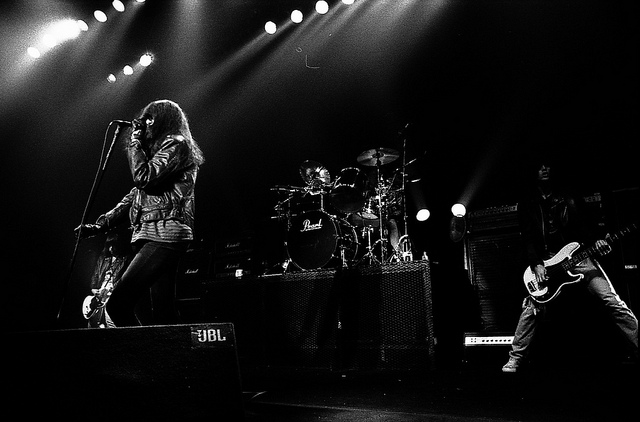 The 3CD/1LP deluxe box set will be released on September 9th and is available for pre-order now via Amazon, with a digital version also available on iTunes. The live version of ‘Blitzkrieg Bop’ will also be offered as an instant download with pre-orders.

The box set is also said to include a remastered stereo version of the album, a new mono mix and a pair of live shows from 1976. The Ramones also revealed that the number of copies is limited to 19,760 worldwide

The original producer for the band’s debut album Craig Leon is behind the recent remastering and recently spoke about the process. He said “The earliest mixes of the album were virtually mono,” adding that “We had an idea to record at Abbey Road and do both a mono and stereo version of the album, which was unheard of at the time. I’m thrilled that now, 40 years later, we followed through on that original idea.”

The deluxe set’s second disc features single mixes, outtakes, and demos. The demos of ‘I Wanna Be Your Boyfriend’, ’53rd And 3rd’, and ‘Loudmouth’ are all previously unreleased. You can listen to the rare live version of ‘Blitzkrieg Bop’ by The Ramones here.