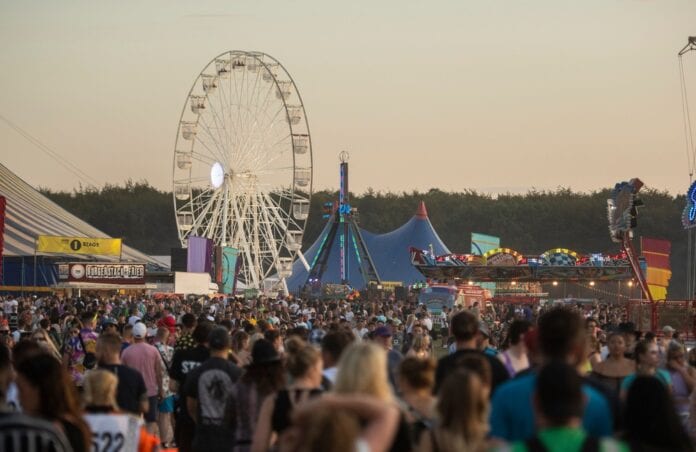 The boss of the Reading and Leeds festivals, Melvin Benn has offered fresh hope that these gigs will go ahead this Summer as planned. He is also hopeful of Eletric Picnic returning this September in Stradbally.

This comes after several venues across Liverpool opened their doors to pilot nightclub gigs, where attendees were tested for Covid-19 beforehand. This included Sefton Park.

Benn spoke about what this could all mean for live music events in the coming months in the UK.

“This is a pilot event and I’ve been pushing to create something like this for a year now”, he said. “What I’ve been saying for the whole year is, if we adequately test people before they come into a gig, there’s no reason why the gig can’t happen”.

Benn also added, “There’s no reason why the spread of the virus will get out of control and that’s what this event is about, effectively demonstrating that people can be responsible, they can have the test, come to the gig, have a test afterwards, make sure there’s no virus happening and I think we’re open. I think it means that the festival season really can happen”.

Now, Benn has offered fresh hope that the festivals in Leeds and Reading will go ahead as planned.

“I never lost hope to be honest”, the promoter insisted.

“Will everybody still have to be tested by then? I suspect we will still have to test people, but of course a lot of people will have the vaccination already and that will probably mean they won’t need to be tested. We’ll wait and see what the government say but what we will know is that if it’s done properly it won’t increase the spread of the virus”.

Benn also warned that if these events do not go ahead, the impact that this would have would be catastrophic.

“It could have easily been two years without festivals,” Benn admitted. “If this event hadn’t happened, I’d have been worried it would have been a long time before we got back to a festival”, he said. “For me it’s very emotional, a lot of my staff were in tears, tears of joy really so fantastic”.

Benn also added, “It’s surreal in a way, but absolutely normal in another way really. I mean, I’m one of those people that spend my life in crowds so I feel really comfortable in crowds. It feels like we can be back to normal. You see kids jumping up and down and it’s just brilliant”.