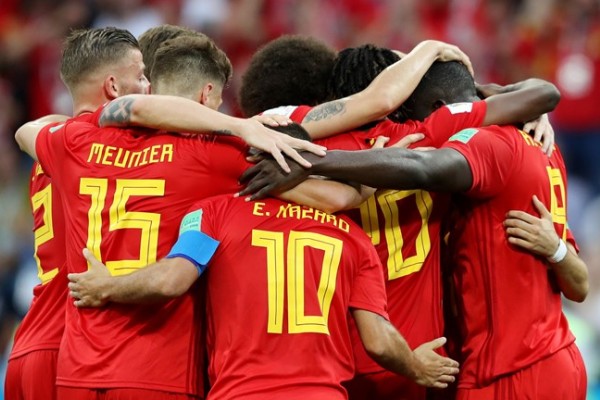 A wonderful volley from Dries Mertens and a brace of goals from Romelu Lukaku proved sufficient for Belgium to begin their World cup campaign with a 3-0 victory against tournament debutants Panama in Group G despite the emotion and passion from the central Americans and their legio of fantastic supporters.

Belgium were made to work hard for their win after a turgid first half showed the Red Devils that their raw opponents weren’t there to make up the numbers but alas for them the sheer strength and quality od Roberto Martinez’s side proved too much ultimately.

Mertens opened the scoring with a sublime dipping volley from the right side of the penalty area two minutes after the break. De Bruyne curled a free-kick wide as Belgium looked for a quick second goal but Panama could have been level had Thibaut Courtois not been quickly out to deny Michael Murillo.

It was not until the 69th minute that Belgium had the breathing space they craved when Lukaku headed home De Bruyne’s delightful cross with the outside of his foot. Six minutes later, Lukaku latched on to Hazard’s perfectly-weighted pass to lift the ball over Penedo to give the scoreline a more convincing look.

“I’m delighted. It was exactly what we expected – there are no easy games at the World Cup. We started very well but then became frustrated as the first half wore on. But I was delighted in the way the team reacted and the commitment everyone showed to keep a clean sheet. In the second half we found our composure and the goal from Dries Mertens, a great goal, was so important for us. In a World Cup, you have to play for 90 minutes and we had to be prepared to work hard, show maturity and real togetherness.”