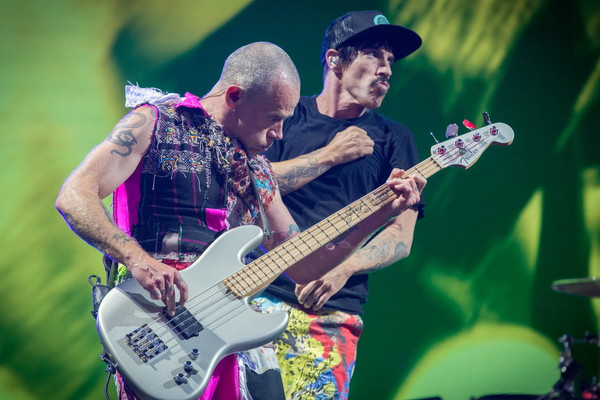 Following their recent announcement of a new tour, Red Hot Chili Peppers are also putting the finishing touches to their latest album. Those were the words of drummer Chad Smith.

This is the first album since the return of guitarist John Frusciante to the band in 2019.

Chad Smith also said the album was to be in collaboration with producer Rick Rubin. The LP’s release is to also coincide with the band’s tour dates.

Chad Smith, who had hinted that new RHCP material was in the works a while back, had this to say in a new interview.

“We’re getting along great”, the drummer told Rolling Stone. “John’s been back for a while now, so it feels completely natural. … We’re really listening to each other in a new way. … He’s so dedicated. He’s so into it. He’s working so hard. We’re all working hard, but he’s in there with all the overdubs and the magic that he brings”.

Smith also said that the band being forced to cancel a number of festivals actually worked in their favour.

He explained, “We could just plow through and write, and that’s what we did. It was kind of a blessing, because we want to come out with new music and play some new songs. It’s gonna be great when we finally go out next year and have a record to play, and a bunch of other stuff, obviously”.

Chad Smith also insisted that none of the band members have been thinking about comparing their new music, to material released by the band since Frusciante’s departure.

“You can’t really go, ‘Oh, gee, I hope it’s as good as … .’ Then you’re starting to have preconceived notions about what you want to write”, Smith insisted.

“Look, John hasn’t been in our group in 10 years. That’s a long time. So of course it’s going to sound different, but it’s gonna sound like the four of us because we do have this special chemistry together. It sounds like Red Hot Chili Peppers, but it’s different and new … we’re proud of it and it has to start there. If other people like it, great. If people compare it to this or [say] it doesn’t sound like that, we have no control over that. But, yeah, we’re all really happy with the record”.

This European and North American Tour will also see the band perform live in Dublin’s Marlay Park next year. More on that here.