Home Music Red Hot Chili Peppers’ New Single ‘Not The One’ Is Out Tomorrow! 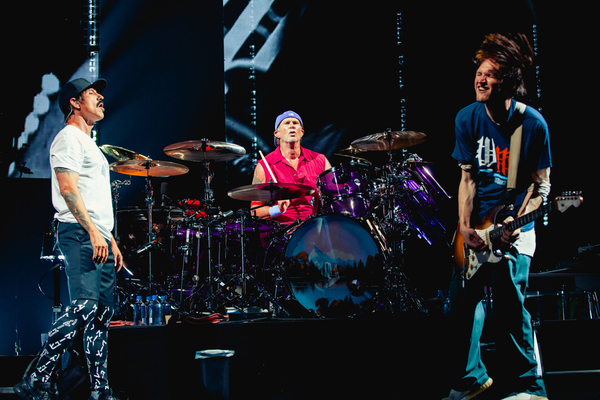 Tomorrow will see Red Hot Chili Peppers release their latest single ‘Not The One’.

Alongside tracks ‘Poster Child’ and ‘Black Summer’, the song will feature on the band’s upcoming album ‘Unlimited Love” which will arrive on April 1.

It is of course Red Hot Chili Peppers’ first album since 2016 and their first since the return of guitarist John Frusciante to the band in 2019. The album has also been produced by Rick Rubin.

Chili Peppers guitarist Flea also teased fans, by sharing a snippet of this upcoming track via Twitter. Check it out below.

Not the One is coming on Friday!!! Yeeeeeeeeh mutha pic.twitter.com/T6P73BW9AJ

“get lost in the music”

“Our only goal is to get lost in the music”, the band said of the album.

“We (John, Anthony, Chad and Flea) spent thousands of hours, collectively and individually, honing our craft and showing up for one another, to make the best album we could. Our antennae attuned to the divine cosmos, we were just so damn grateful for the opportunity to be in a room together, and, once again, try to get better. Days, weeks and months spent listening to each other, composing, jamming freely, and arranging the fruit of those jams with great care and purpose. The sounds, rhythms, vibrations, words and melodies had us enrapt”.

“We yearn to shine a light in the world, to uplift, connect, and bring people together. Each of the songs on our new album ‘Unlimited Love’ is a facet of us, reflecting our view of the universe. This is our life’s mission. We work, focus, and prepare, so that when the biggest wave comes, we are ready to ride it. The ocean has gifted us a mighty wave and this record is the ride that is the sum of our lives. Thank you for listening, we hope you enjoy it”.

Earlier this week, it was also confirmed that Red Hot Chili Peppers were to be honoured with a Hollywood Walk of Fame Star.

Remember that video-game style music video that the band had for their track ‘Californication’? Well, fans will now be able to play the game for real. For more on this, click here.