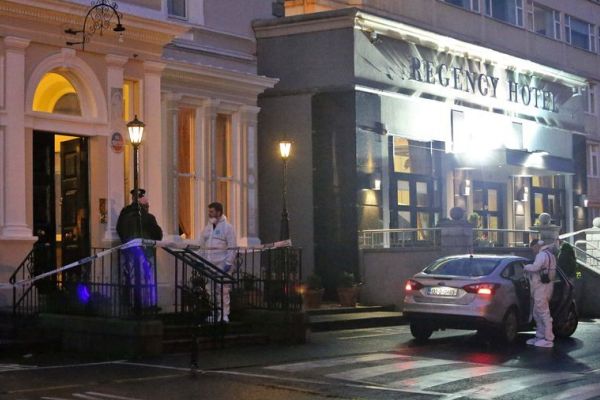 The Regency Hotel murder trial has been adjourned for three days as the court heard ‘unprecedented conundrums’ have arisen.

Patrick Hutch Junior of Champion’s Avenue, Dublin 1 denies the murder of David Byrne at a boxing weigh-in at the hotel in February 2016.

Mr. Hutch also denies the possession of three AK47 assault rifles, in connection with the shooting.

Mr Hutch’s barrister Michael O’Higgins has said he will probably apply for the trial to be adjourned outright – meaning a retrial is possible.

Prosecuting barrister Sean Gillane told the court that the material has ‘presented some unprecedented conundrums’.

Mr. O’Higgins said that the defence team will make submissions to the court that certain matters need to be investigated and that will take time.

He added that a postponement and resumption of the trial would not be practical.

It’s the Prosecution’s case that 25-year-old Hutch was the man photographed dressed as a woman at the Regency holding a gun, as father of two Byrne was shot dead at the Hotel.

Mr. Hutch has pleaded not guilty. His trial began five weeks ago, but it was adjourned two weeks ago to allow for the disclosure of emails between four Gardaí involved in the case.

Judge Tony Hunt noted the trial was in ‘unusual territory’ and put the case back until Thursday.

Teenage Boy Due In Court With The Murder Of Cameron Reilly