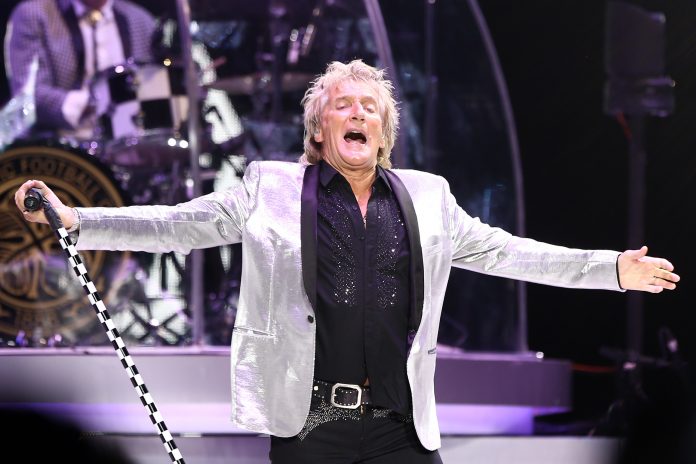 In support of the release of his 30th studio album Blood Red Roses, Rod Stewart is hitting the road in 2019 and will be extending his tour to include shows at The SSE Arena Belfast on 2 December and Dublin’s 3Arena on 4th December.

2019 will see Rod’s first return to Ireland in three years following the success of two sold-out tours in 2016 – The Hits Stadium Tour and the arena tour “From Gasoline Alley to Another Country Hits.”

With his signature voice and style, Rod Stewart makes him one of the few stars to enjoy chart-topping albums throughout every decade of his career.

As one of the best-selling artists in the history of recorded music, with more than 200 million records sold worldwide, Rod’s shows this year will include classics from across his glittering career.

Concert-goers can expect tracks from his new album Blood Red Roses – a deeply personal 13-track collection of originals and three covers – released almost 50 years to the date from when he signed his very first solo recording contract.

Rod has earned countless of the industry’s highest awards, among them, two inductions into the Rock and Roll Hall of Fame, the ASCAP Founders Award for songwriting, New York Times bestselling author, Grammy™ Living Legend, and in 2016 he officially became ‘Sir Rod Stewart’ after being knighted by Prince William at Buckingham Palace for his services to music and charity.

Tickets for the Belfast & Dublin Shows will go on sale at 9am Thursday 31st January from all usual outlets.

Fan Club Pre-sale tickets will go on sale at 9am Monday 28th January from https://fanclub.rodstewart.com