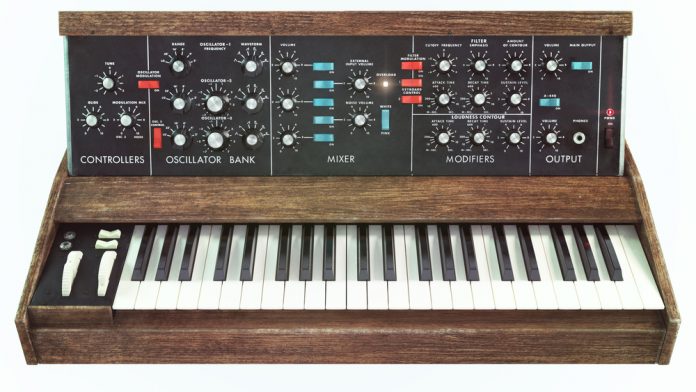 Repairman Eliot Curtis managed to get accidentally high on acid when he came into contact with a synth from the ’60s!

According to San Francisco KPIX 5, the old keyboard had been sitting idle in a cold, dark room at Cal State University East Bay since the 1960s.

Curtis took it upon himself to take the instrument home to repair it. When he opened a red-panelled module on the synth, he noticed there was “crystalline residue” on the synth.

He opted to spray some cleaner on it, pick at the residue with his finger, and tried to scratch it off.

In under an hour, he started to feel a tingling sensation which signalled the start of a nine-hour acid trip. According to CoS, three separate lab tests confirmed the substance on the synth as LSD.

According to the outlet, when LSD is stored in a cool, dark place it can ‘remain potent for decades.’ The inventor of acid, Albert Hoffman, the first person to ingest LSD, always maintained that it could be ingested through the skin.

Don Buchla, the instrument’s creator was part of the ’60s counterculture and his synths ended up on an old school bus purchased by LSD advocate Ken Kesey and his merry pranksters in 1966.

Author of ‘One Flew Over The Cuckoo’s Nest’, Kesey would hold regular acid tests at his Winterland ranch.  One Halloween, electronic sounds could be heard during an interview with Kesey.

Buchla was also a friend of Owsley Stanley, the Grateful Dead’s sound engineer. The sound technician was also an infamous manufacturer of an extremely pure strain of LSD. Here’s hoping that Curtis didn’t stumble upon the ‘brown acid’.