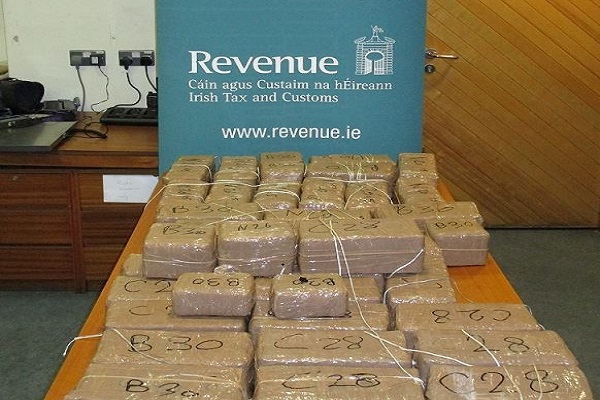 Customs agents found 13kgs of heroin worth around €1.8m on a flight arriving at Dublin Airport from Dubai last Saturday.

A person from the UK was arrested at the airport and was taken to Ballymun Garda Station.

The man was charged with smuggling heroin and remanded in custody to Cloverhill Prison. The man will appear in court on October 25th.

Revenue agents uncovered over 67kgs of cannabis resin, with an approximate street value of €403,000 at Rosslare Europort yesterday.

Detector dog known as Defor assisted in finding the drugs in the chassis of a UK registered SUV coming into the country from Cherbourg in France.

A person from the UK was arrested at the scene and was brought to Wexford Garda Station for questioning.The Garda investigation is continuing.