Home Music Review: Did Bryan Adams Give The Rolling Stones A Run? 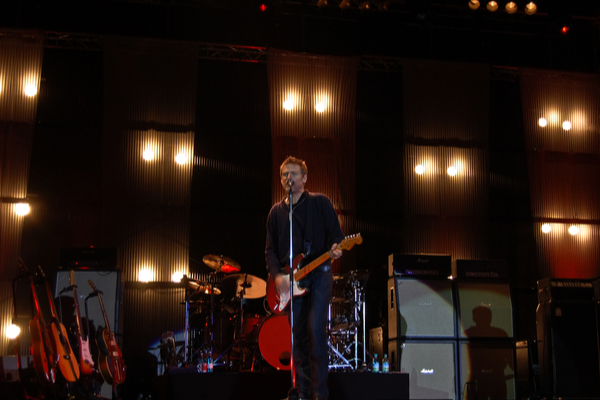 I can’t believe I’m even suggesting this, and I never once thought I would be comparing these guys but one must wonder – did Bryan Adams just give The Rolling Stones a run for their money?

Adams took residency in the 3Arena on Monday and Tuesday, May 21st and 22nd, and we cannot believe the show he put on.

A born performer, Adams and his band played for two full hours taking on a whopping 27 songs!

But it wasn’t just the singing that had fans in a whirlwind; the production itself was insane. From a complete lighting experience to a giant screen displaying a unique video for each song, the stage was an incredible sight.

Kicking off the show, the singer took into Ultimate Love and Can’t Stop This Thing We Started. And surprisingly enough, he played the old classics pretty early in the night; Heaven, Summer Of ’69, Everything I Do and Run To You.

I’m not going to lie, I’m pretty happy he did because the quality of tunes to come next we’re off the charts, with some special little gems thrown in along the way.

Adams covered The Crickets’ I Fought The Law and Thin Lizzy’s Whiskey In The Jar much to fan’s delight before finishing on All For Love.

I reckon it’s not the last we’ll see of Bryan Adams as he seems to have quite the grá for Ireland, playing his first Irish gig in the National Stadium in 1987.

If you ever get the chance – go see this guy live, he’s majestic.

Queen And Adam Lambert Add The Rats And The Darkness To...