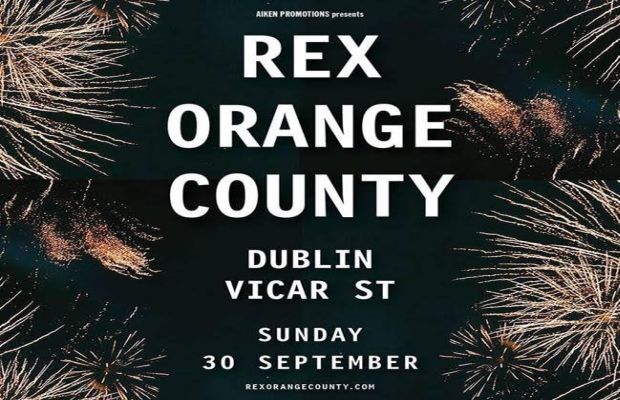 Rex Orange County has announced a gig at Vicar St Dublin on the 30th of September 2018. Tickets are €23 and go on sale this Friday 8th June at 10am through www.ticketmaster.ie & usual outlets nationwide.

Alex O’Connor, aka Rex Orange County, is a multi instrumentalist hailing from Surrey in the UK. Initially starting life as a drummer he’s honed his skills for keys, guitar and most notably a honey soaked vocal that could easily break hearts.

Back in 2016, Rex Orange County shared online self produced offering ‘UNO’  when he was 18. Clash magazine complimented ‘the buoyant keyboard riff underpinning a hypnotic half-spoken vocal, one that veers from topic to topic in a hazy burst of creative mania’.