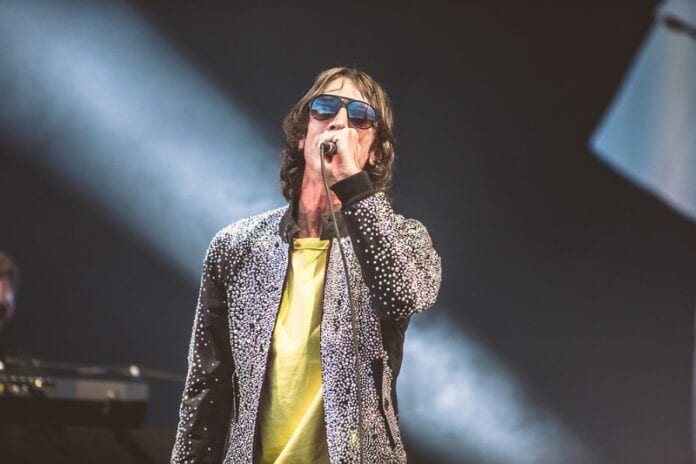 Richard Ashcroft is making his return to music with a brand new single coming this Friday.

Long time friend and 90s britpop rival Liam Gallagher expressed his delight by replying to the tweet with one of his catchphrases “c’mon you know”.

There has been some rumours doing the rounds on social media that Gallagher has worked with Ashcroft recently. However, no details of the new single have been announced.

Many fans are excited about the prospect of new music from Richard Ashcroft but will have to wait until midnight tonight.

In an interview with Radio X, Ashcroft said he was working on a new album.

“Yeah, at the moment I’m set to start on an acoustic set of some of the best tunes… and stripping them back and laying them bare basically, so that will be my next thing. I’m excited about that.”

“I’ll be recording, I’m carrying on, moving on. So that will be my next record and from there when that comes out, that mythical night in my mind will take place.”

Richard Ashcroft has been careful in what he has revealed about his new record. As of yet, it is unclear whether his acoustic album will feature solo hits or Verve classics or both.

He has also expressed his desire to continue making music.

“It’s only physically that will stop me adding that desire to explore music to my fans and enjoy this gift I’ve been given.”

“I’m aware that just as many people who like me, don’t like me and once you’re comfortable with that you’re never going to please the whole world musically. That’s just the yin and yang and the balance of life.”

He also added that he feels more confident in his abilities as he has gotten older.

“I love performing live. My voice is better, I have a much stronger voice now than I had, I sound like a child back then.”

Joan Jett And The Blackhearts Have Shared A New Song ‘Fresh...

Slash Is In Town! Here’s Some Old Band Mate News..