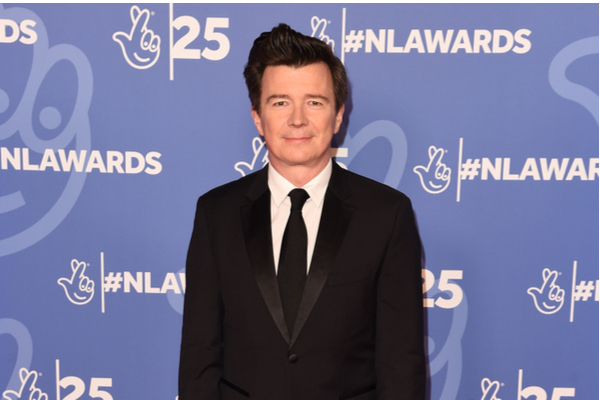 Rick Astley recently opened up on learning to detach himself from material possessions, after burglars stole his prized guitars from the 1980s. The 80s pop sensation revealed the instruments, which “weren’t super valuable but were valuable to me,” were snatched during a robbery at his home in Surrey, England.

During an interview on Persons Of Interest with host, Tom Watson, the iconic musician admitted that while the guitars weren’t particularly expensive, there were plenty of memories attached to them. Reflecting on the horrible event, Rick (55) admitted he no longer tries to get attached to his musical instruments.

“We had a break-in at the last house,” Rick said during the podcast. ‘‘Some of the guitars I’d had from back in the 80s and stuff were stolen. “They weren’t super valuable but, were valuable to me. They had a lot of memories. They’d been around the world. “So, I’ve kind of detached myself from the prize possession thing of owning guitars any more just because you don’t know whether you’re going to own them forever anyway.”

Rick, who retired in 1993, is best known for a number of 80s hits including Never Gonna Give You Up and Together Forever. The pop sensation’s glittering career panned across two decades, selling a whopping 40 million records around the world. Astley’s first eight singles all marched into the top 10 and for a six-month period, he stayed among the top 40.

Rick has returned to the spotlight in recent years and even been keeping fans entertained during the lockdown by performing a series of Lockdown Covers from his home in a collection of YouTube videos. Last year, to share his appreciation for the efforts of front line workers, Rick even announced that he would be putting on a free concert for NHS and emergency services staff. The event was sadly postponed last year, as with many other events, and is now due to take place in November 2021.