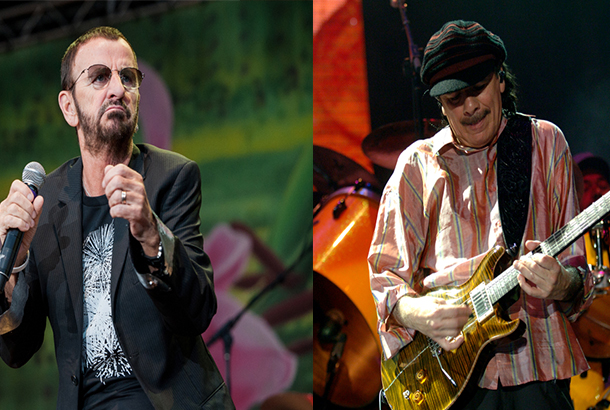 Ringo Starr and Santana are on the cards to perform at the Woodstock anniversary festival. It will take place at New York’s Bethel Woods in August.

The legendary festival will honour the 50th anniversary of the era-defining 1969 Woodstock Music and Art Fair. Ringo Starr and his All-Star Band will perform on Aug. 16th!

According to Billboard, the event will comprise of live music, TED-style talks, special exhibits and a directors cut screening of the documentary Woodstock.

Other artists will include, Arlo Guthrie and Edgar Winter, who both played at the original show. Performing Aug. 17th is Carlos Santana, who also took the stage back in 1969, and also The Doobie Brothers.

“Big Fan” Dave Grohl Is Open To Drumming For ABBA