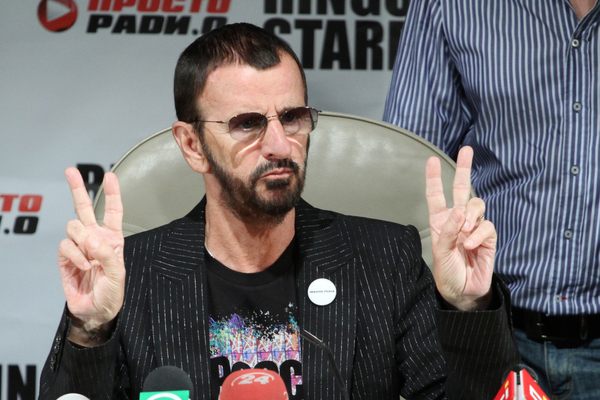 Ringo Starr has dropped his legal battle against the makers of the sex toy Ring O.

Starr had launched a challenge against the toy’s trademark, arguing the similarity between it and his name could cause confusion. The Beatles icon had argued that if the name was registered as a US trademark, it could damage his reputation.

Starr’s lawyers had also argued that the brand was “identical in appearance, sound, connotation and pronunciation” to his name, which he has previously trademarked.

However, Starr has dropped his complaint after an agreement was reached with the manufacturers.

Back in 2019, Starr’s legal team filed documents stating that: “Consumers will likely believe that Opposer’s (Starr’s) newest venture is sex toys – and this is an association that Opposer does not want”.

“Avoid any activity likely to lead to confusion”

The musician’s legal team had also argued that the connection would tarnish the icon’s “name, likeness and brand”.

However, a recently agreed settlement has now seen Momentum Managment and Pacific Holdings agree to “avoid any activity likely to lead to confusion” between the product and Ringo Starr.

They agreed that the manufacturers can only use the name for adult sex toys and sprays. The deal also agrees that there must be a space between the Ring and the O.

Starr has yet to comment on the agreed settlement.

Back in March, Ringo Starr said that the 1970 Beatles documentary “Let It Be” was “too miserable”.

Starr made the comments during a Q&A Session where he also talked about the upcoming Beatles documentary “The Beatles: Get Back”.

“I didn’t feel any joy in the original documentary, it was all focused on one moment which went down between two of the lads (McCartney and Harrison)”, he said.

“I had several talks with Peter about how I felt. I thought it was miserable. I said, ‘There was lots of laughter, I was there, we were laughing, we were having fun. We were playing and doing what we do’, he added.

“So Peter kept coming into LA with his iPad and he’d show me sections. He said, ‘Look what I’ve found here’ and he showed us laughing and having fun as a band”.

In the same month, Starr also hailed Billie Eilish as an “incredible musician”. Find out why here.