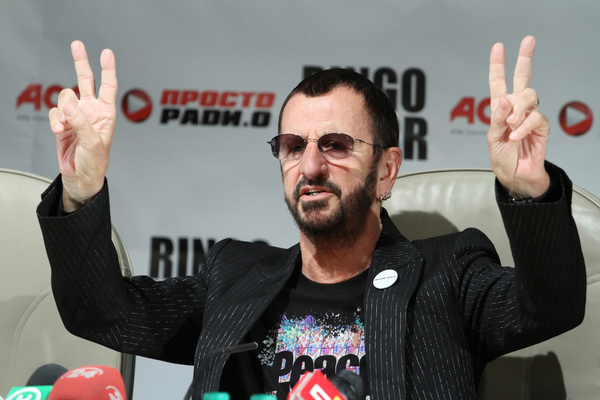 The former Beatles drummer has shared a video of the celebrations for his recent 81st birthday.

Starr turned 81 on July 7th and continued his annual tradition of using the occasion to spread “peace and love” around the world.

The tradition began in 2008 when a journalist asked Starr what he would like for his 68th birthday. “Peace and love” was the drummer’s reply. Every year since, Starr has asked his fans to share messages of peace and love at noon on July 7th with the hashtag #peaceandlove on social media. Doing so will “fulfil his birthday wish and encircle the planet in a wave of peace and love,” according to Starr.

Last month Starr released a video message encouraging his fans to once again join him in his annual celebration.

In 2008 Starr established an annual tradition of meeting up with fans on his birthday. On that occasion he joined fans at Chicago’s Hard Rock Café, passing out cupcakes to those gathered.

Starr received birthday greetings from NASA’s social media accounts, including that of the Mars Rover.

“Today in history a Starr was born. Wishing Ringo Starr peace and love and a happy 81st orbit around the Sun,” NASA wrote on their official Twitter account.

The Mars Rover account wrote “I’d like to be in a galaxy, in a planet’s Starr-filled garden out in space,” in a play on The Beatles’ song Octopus’s Garden. “From Mars all the way back to Earth, here’s to a birthday full of peace and love for the one and only Ringo Starr!” the message continued.

Via video, Starr received group messages of peace and love from fan groups around the world.