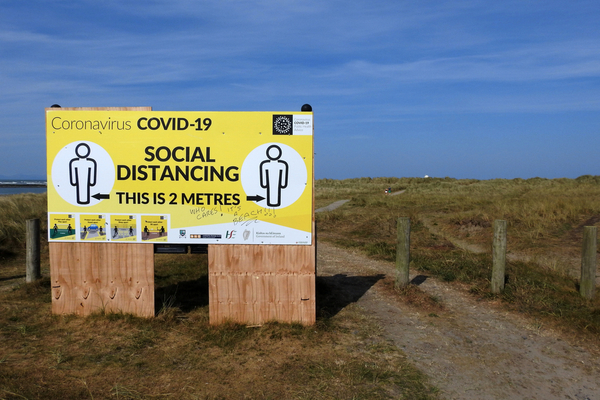 A rise in cases of COVID-19 and risks to the health system are raising concerns over the upcoming removal of almost all restrictions. The National Public Health Emergency Team (NPHET) met with senior officials and political aids to brief them on the path of infection. All key indicators of the disease now performing badly as cases have taken an unexpected, negative turn.

According to the Irish Times, sources across Government reveal that no final decision has been made on the easing of restrictions, as of yet. The Government still hopes to proceed with the removal of the final restrictions on October 22nd, although the Taoiseach is a little more cautious.

“The presentation by the deputy chief medical officer [Ronan Glynn] was a serious one. The trajectory of the disease has taken a wrong turn,” Micheál Martin said. When quizzed on the confirmation of plans to proceed, the Taoiseach said, “I can’t guarantee, right now”.

Although several restrictions have already been lifted in the country, removing the social distancing guidelines will open up capacity in the bar and restaurant sector, and also help to reopen nightclubs.

However, concerns are being raised in the health service over the impact of a significant wave of infection. Speaking to his parliamentary party on Wednesday night, Leo Varadkar revealed that rising numbers are a “cause for concern”, with metrics “worrying and going in the wrong direction”. The Tánaiste said a decision to remove almost all restrictions to fully reopen the country will be made this coming Tuesday.

Mr Martin echoed the words of Varadkar as he too believes there are “some issues of concern” with the “sudden increase of cases and mortality”. Prior to the announcement of lifting restrictions, NPHET will meet this Monday to discuss the situation before giving advice to the Government. Further advice on booster shots is also expected in the coming days.

Man On Trial Over Anfield Attack