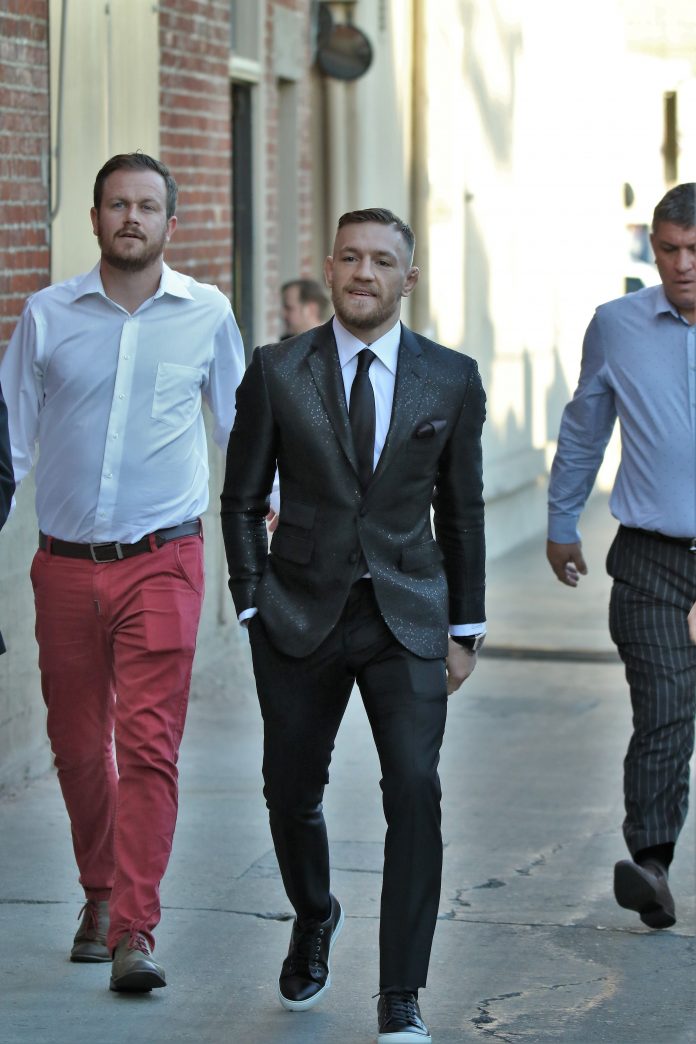 MMA fighter Conor McGregor has had three road traffic charges against him struck out.

The 30-year-old appeared before the Dublin District Court this morning in a hearing that lasted 10 seconds.

Conor McGregor leaving court this morning flanked by minders after all charges against him were struck out.

The MMA fighter arrived at half ten to awaiting photographers and some fans and waited outside courtroom number 8 until shortly before he was called.

The 30-year-old was facing allegations of driving with no insurance, no licence and not producing both on Grove Road in Rathmines on July 10th this year.

When his case was called – the court heard all matters had been struck out in a hearing that lasted less than 10 seconds.

McGregor said thanks and left the court before being driven away.

McGregor is on a six-month driving ban after being disqualified last month after he pleaded guilty to speeding on the N7 at Kill, Co Kildare last year.

While in November last year he was fined for speeding in a separate road traffic matter also on the N7 at Rathcoole in Dublin in 2017.

Deer In Phoenix Park To Continue To Be Culled