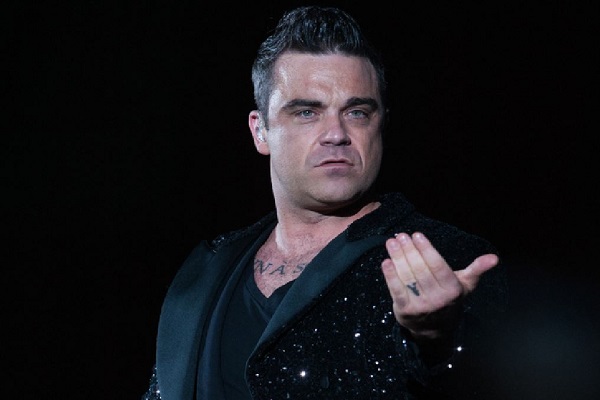 While performing a show at his Las Vegas residency, Pop-upstart, Robbie Williams asked his fans to have a go at the much revered Liam Gallagher.

Willams and Gallagher have had long-running grievances with each other. According to the NME, they were mates back in the 1990s but have had a war of words since then.

Robbie Williams was performing a show at The Encore Hotel in Las Vegas. At the end of his performance, Williams made a rather peculiar request. According to The Sun he said:

“If you have enjoyed the show, I have been Robbie Williams. And if you haven’t and you are upset about anything, I have been Liam Gallagher.” He continued:

“In fact, if you want to start a hashtag, you can put ‘Liam Gallagher was shit tonight’, if you want.”

At the 2000 Brit Awards, Robbie Williams notoriously challenged Liam to a punch-up and wanted Noel to kiss his “perfectly formed backside” while onstage in 2010.

Noel once referred to him as “the fat dancer from Take That” and Liam described him “a fat fu**ing idiot” back in 2013.