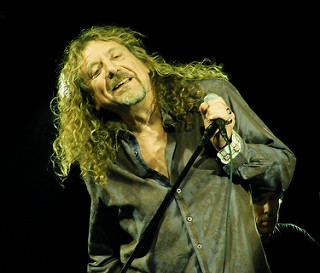 Zeppelin fans will be disappointed, but not surprised to hear that frontman Robert Plant has admitted that it’s extremely unlikely that the rockers will ever reunite.

The band split in 1980, before a reunion in 2007 at the Ahmet Ertegun Tribute Concert where he joined bandmates Jimmy Page and John Paul Jones on stage, along with the late John Bonham’s son on drums.

Plant has had a successful solo career, while still playing Zep’s extensive discography at his solo gigs. But now he’s said that he wants to “keep moving” – meaning a full band reunion is very unlikely to occur again.

“You can’t ever really go back It’s tough enough repeating yourself with something that’s a year old, never mind 49 years old. I’ve got to keep moving”, he told the Daily Telegraph.

He’s getting ready to bring his new album, ‘Carry Fire’ on the road, but has said that the death of so many icons in these past years, he has become more and more aware of his own mortality.

“How many voices are disappearing? The contributions to our time of listening and wonder. There’s always a trip going to say goodbye”, he said.

“Maybe that’s how people think about me! ‘Fucking hell! Better go and see Planty! How much longer can he keep it up?’ “