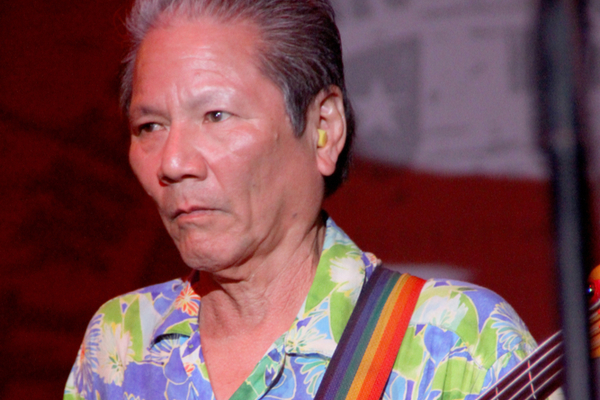 Bassist guitarist Phil Chen who played with Rod Stewart, Jeff Beck along with the Doors’ Robby Krieger and Ray Manzarek has passed away aged 80.

Chen moved to England in the 1960s and went on to work with several high profile musicians over the subsequent decade.

He featured on several Rod Stewart albums which included Blondes Have More Fine which featured the track “Do Ya Think I’m Sexy?”. He also worked on Jeff Beck’s Blow By Blow from 1975.

In 1973, former Doors drummer John Densmore formed the Butts Band with guitarist Robby Krieger. Phil Chen was then asked to join the band along with the duo. Despite only working with them for a year, Chenn still played on their debut album.

Notwithstanding his departure, Chen’s association with Krieger and Manzarek continued as he continued to join them in 2004 and performed with them until 2013.

“With heavy hearts we share the news that Phil Chen passed away on the morning of Dec. 14, 2021, after a long battle with cancer”, a statement read on Chen’s official Facebook page.

“He spent his final days surrounded by family and close friends, and cherished time with his grandchildren, who always brightened his day. He will be missed greatly and his contagious passion for music and positive energy on and off the stage will be remembered always”.

“‘Master your music, your future is immeasurable”, the statement added. “We thank you for your outpouring of love and support during this difficult time”.

“Very sad to find out my old friend and rhythm section partner in the Rod Stewart Group, Phil Chen, lost his battle with cancer today”.

Appice also added, “I loved Phil as a person and a great bass player. He will be missed”.