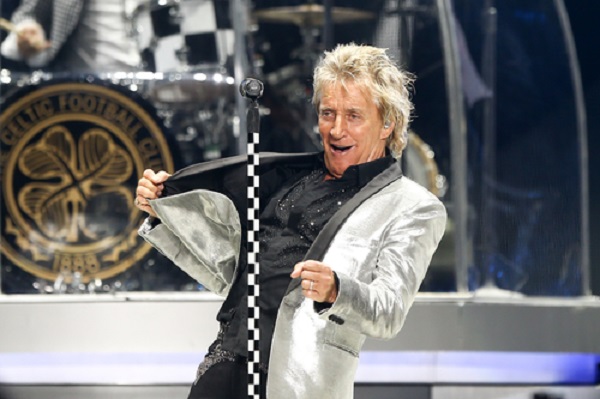 Rod Stewart says Elton John snubbed him when he tried to heal their ongoing rift.

Speaking on Chris Evans’ ‘How To Wow’ podcast, the Baby Jane singer claimed “Last time I emailed him I said, ‘I’ve got this football pitch, would you like the boys to come up?’

Rod claims he invited his former pal, 73, over for a game of football but was blanked by the “Tiny Dancer” singer.

It is claimed Sir Elton “had the hump” last year, after Rod said his retirement tour was “not rock ‘n’ roll”.

The ‘I Don’t Want To Talk About It’ singer then invited dad-of-two Sir Elton and his family to his home in Essex, England. “You know, cos they both love football.”

“Last time I emailed him I said, ‘I’ve got this football pitch, would you like the boys to come up?’ You know, cause they both love football,” he said. “You don’t have to come, but if they want to come play on this, they’re welcome.”

Rod claims his old friend never replied, which he found sad because they used to be “real close”.

While he praised the Freddy Mercury biopic ‘Bohemian Rhapsody’, the Maggie May singer compared Elton’s biopic Rocketman to the musical Mamma Mia. He said he did not think it lived up to its potential.

In 2018, while on “Watch What Happens Live” with Andy Cohen, Stewart called the farewell tour “dishonest” and “not rock and roll.”

Rod discussed the feud, again, in a BBC interview with Dermot O’Leary.

“I do love Elton, only we’re not talking at the moment. We’ve had a spat,” he said. “I criticized his tour as being money-grabbing.”

He added, “If I retire, I won’t make an announcement. I’ll just fade away. I don’t think this is a big deal, it stinks of selling tickets.”

System Of A Down Drummer John Dolmayan Says The Band Are...