Home Entertainment News Seth Rogen Has A Change Of Mind And Will No Longer Work... 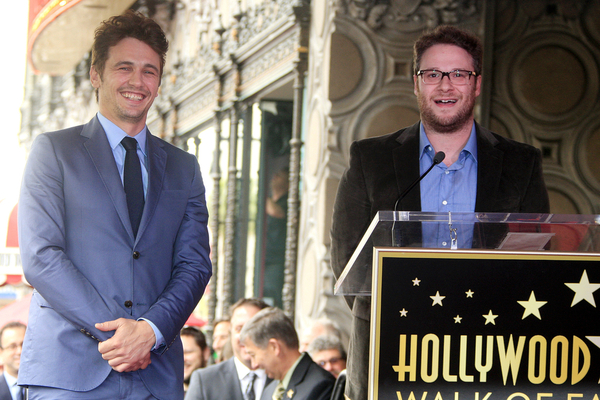 Pineapple Express star, Seth Rogen has spoken out about his professional relationship with frequent co-star and collaborator James Franco. The Hollywood actor said he has no plans to work with Franco following allegations of sexually inappropriate behaviour. Seth previously said he would keep working with the actor and even made a joke about it on SNL.

Speaking in an interview with the Sunday Times’ Culture magazine, Rogen revealed his feelings towards such abuse. The actor said he would “never cover or conceal the actions of someone” when it came to abuse.

“What I can say is that I despise abuse and harassment and I would never cover or conceal the actions of someone doing it, or knowingly put someone in a situation where they were around someone like that,” declared Rogen. “However, I do look back at a joke I made on Saturday Night Live in 2014 and I very much regret making that joke. It was a terrible joke, honestly.”

On the comedy sketch show, Rogen joked about a 17-year-old girl’s allegation that Franco had direct messaged her on Instagram to meet up. “I decided to prank James Franco,” Rogen said during the monologue. “I posed as a girl on Instagram, told him I was way young. He seemed unfazed. I have a date to meet him at the Ace Hotel.”

Whilst currently promoting his new book, Yearbook, Rogen revealed he currently has no plans to work with Franco again. “I don’t know if I can define that right now during this interview. I can say it, um, you know, it has changed many things in our relationship and our dynamic”.

Rogen deflected any questions about the current situation between the actors, instead offering sympathy for Franco’s alleged victims. The actor said it was hard but “not as painful and difficult as it is for a lot of other people involved, I have no pity for myself in this situation”.

James Franco came under fire again in 2018 when allegations of sexual misconduct were made against the actor. Several students at his former acting school accused him of intimidating them into sexual situations. Franco settled a lawsuit in February, although the actor denied the allegations made against him. Despite the allegations, Rogen said in 2018 that he would continue to work with Franco, although he has now changed his mind.

“I also look back to that interview in 2018 where I comment that I would keep working with James, and the truth is that I have not and I do not plan to right now,” Rogen said. The actor also confirmed that it is “not a coincidence” that his professional relationship with Franco seems to have come to an end, and said that the allegations have affected their personal friendship as well.

Meanwhile, Seth Rogen is on board for Steven Spielberg’s next directorial effort, with the actor playing a character inspired by the director’s uncle. The untitled film is loosely based on Spielberg’s childhood years in Phoenix, Arizona, with Michelle Williams earmarked to play the protagonist’s mother.